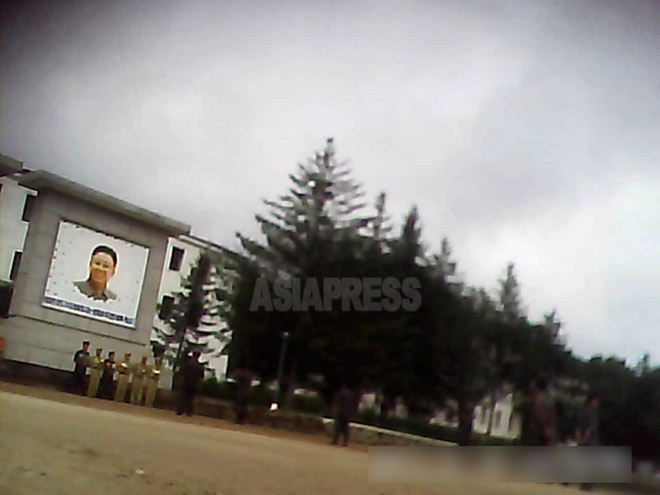 (Inside picture) Veterans of the Korean War take pictures in front of the portraits of Kim Il-sung and Kim Jong-il. Taken by team Mindulle in August 2013 (ASIA PRESS)

A reporting partner of ASIA PRESS reported that the first recommendations for the participants for May’s Party Conference ended on March 24 and there was an age limit to participants. (Kang Ji-won, defector reporter)

During a phone conversation on March 25, he reported that the recommendation procedure ended on March 24 and the authorities have banned party members from moving from March 20. He added:

“Each organization was permitted to recommend 1-2 members while three members were recommended from larger organizations. Elderly members over sixty years old who are receiving a retirement allowance, are excluded for the recommendation. Selected people are expected to travel Pyongyang in early April.

According to his report, selected members who demonstrate enthusiasm and loyalty are supposed to pass another recommendation procedure in Pyongyang. The final nominees will be representatives for the Party Conference. Seven members are selected as representatives in the reporting partner’s town.