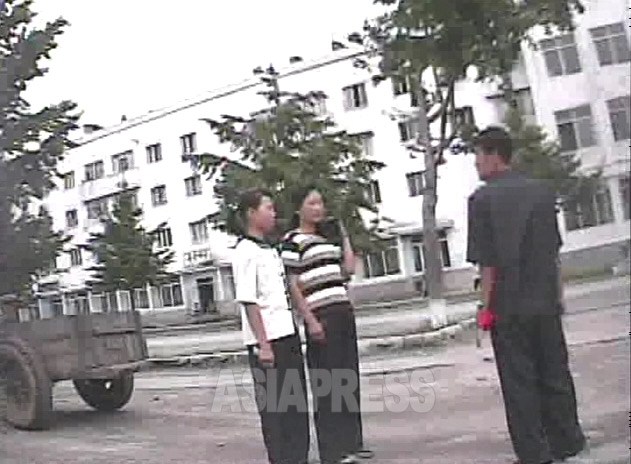 As the Party Conference approaches state control over the population also appears to be increasing. 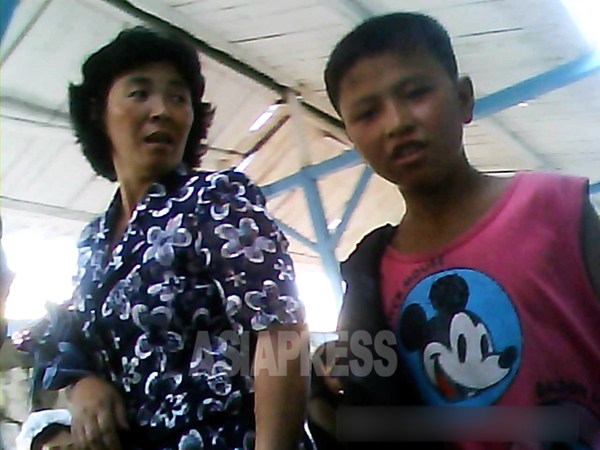 A young man in an Mickey Mouse T-shirt walking through a market. He risks being detained by the anti-socialist activities inspection unit. Taken by team Mindulle at a market place of Hyesan City, Ryanggang Province on August 2013. (ASIAPRESS)

In the last ten years, as outside information has crept into North Korea, capitalist culture has become popular among North Korean youth. South Korean soap operas have played a significant part in these social changes. North Korean authorities regard blue jeans as a symbol of capitalism and an eyesore to be stamped out.

During another telephone conversation with an ASIAPRESS in-country reporting partner on 28 March, the reporter told us that a national security agent (secret police) he is acquainted with alerted him that, “until the Party Conference, extra control will be enforced. The officers in charge of blocking cellular communication with people outside North Korea arrived from Pyongyang to jam signals near Chinese border.”