* The North Korean Youth Union’s formal title ‘the youth union of Kim Il-sung socialism’ is an umbrella unit of the DPRK Worker’s Party. It is a non-party member’s organization accepting members between the ages of 4th grade Middle school (15 years old) to 30years old. The anti-socialist activities inspection group checks for the corruption of public morals. They target supposed capitalist tendencies such as length of skirts, the shape of shoes, T-shirts, hairstyles, and clothes. It is prohibited for unmarried women to do business in market places. 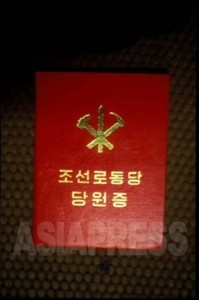 After the last Party conference was held 36 years ago, the North Korean government prepares the conference over the course of two selection processes; it is surprising to exclude elderly members over 60 from such an important Party event. Kim Jong-il, the present leader Kim Jong-un’s father, emphasized respect for elderly members saying, “Respecting elderly party members is a lofty moral obligation of the revolutionaries.” If it is true that members over sixty are excluded from the conference, it shows that Kim Jong-un is indeed cut from a different cloth from his father. It would not be unexpected to see a generational shake up in the Party in the future.