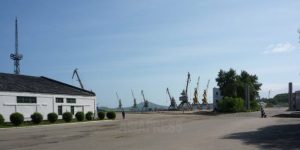 Price of oil is rising sharply as the sale of fuel is regulated since mid April in North Korea. However, the Russian oil is circulating at the market in Najin area, adjacent to the border with Russia. A reporting partner in North Hamkyung Province reported the news (Kang Ji-won)

The reporting partner covered the situation through a fuel salesman on June 2: “Oil is coming from the Soviet (Russia) to Najin. The salesman said about a rumor that three tank trucks would arrive when he was in Najin to purchase the oil at the end of May. Not in so large volume though, but the oil is delivered by vessel on the high seas. The oil is contained in a plastic drum which would be returned after delivery.”

“The salesman thinks that the oil is traded on a civilian basis, not on national level because people from trading company in Pyongyang have frequent meetings with Soviet (Russia) companies,” said the reporting partner.