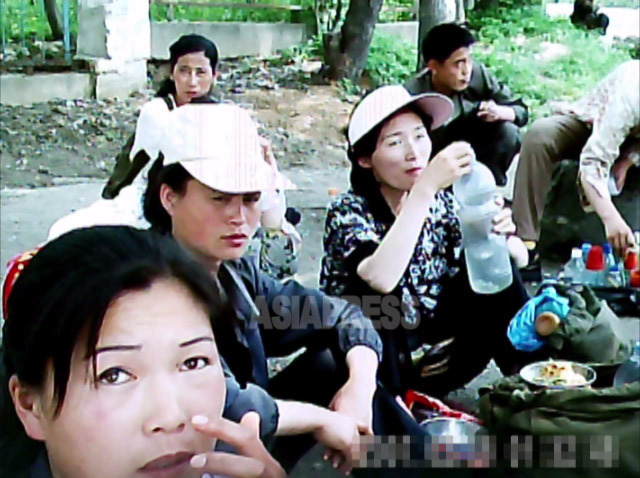 (Photo) An open-air market in Taesongsan District, Pyongyang. It is an important source of income for women operating independent businesses, however, hygiene is an issue. Photograph taken by Gu Gwang-ho in July 2011

Typhoid fever has spread rapidly through Hoeryong City, North Hamkyung Province, already resulting in several deaths, says a local partner reporting on November 28. With the authorities providing no medicine and taking no action to protect public health, it appears that the disease will only continue to spread.

"People have been suffering from flu-like illnesses since early November, but, last week, several cases were confirmed as typhoid fever. It is spreading rapidly. Two people have died in the district I visited- a 40-year-old man and a 55-year-old woman,” said the reporting partner.

※Typhoid fever is an acute infectious disease caused by Salmonella bacteria in the intestines. Its symptoms include fever, diarrhea, and bleeding.

The authorities appear to have no plan of action against the epidemic. According to our reporting partner, "There was a typhoid fever outbreak last year, but the public health centers didn’t provide any preventive medication or implement any countermeasures. All the authorities did was go around visiting homes and putting up posters reading, ‘Boil water before consumption’. They did nothing else. Hospitals are ordering blood tests for patients but can’t prescribe medicine, so it’s pointless.”

Next page: Our reporting partner believes the…