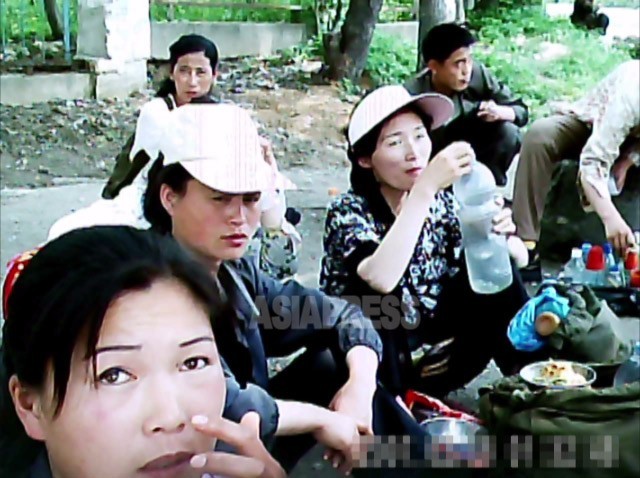 A number of North Koreans have been sent to hospital with acute gastritis and liver damage after drinking the popular soju brand, Song-ak Mountain Soju. Now, with the death toll rising, the central government has reportedly launched an emergency operation to destroy all bottles of the possibly tainted soju. (Kang Ji-won)

According to a reporting partner in North Pyongan Province, the first serious cases occurred in Pyongyang when, in March, several people were taken to hospital after drinking fake bottles of Song-ak Mountain Soju. When a patient died in hospital from the drink’s effects, the police launched a full investigation. Upon analyzing the beverage, investigators found that it contained industrial methyl alcohol.

Taking the situation very seriously, the central government ordered on March 20 for all bottles of Song-ak Mountain Soju to be immediately disposed of and recalled the alcohol from the nation’s food distribution network, vendors, private restaurants, outdoor restaurants, and market stalls. Investigators rushed to enforce the measure as many street vendors and market stalls in North Korea offer alcohol with meals.

“The bottles are all being forcibly confiscated, regardless of whether they’ve been purchased or not. Vendors, however, are aware that the soju poses a risk to people’s lives so they are disposing of them on their own,” said a reporting partner in North Pyongan Province.

Song-ak Mountain Soju is a brand of alcohol produced in Kaesong and distributed both domestically and overseas. There is a major crackdown underway as it is believed that the company’s trademarks may have been forged in order to pass off the fake soju.