While the World Food Program (WFP) and the U.N. Food and Agriculture Organization are appealing for countries to respond to North Korea’s 1.37 million ton food shortage, the Kim Jong-un regime is busy mobilizing its people nationwide to support construction of a special tourist zone, extorting from them cash and food.(Kang Ji-won)

The special tourist zone is under construction in the northern region of Samjiyeon County, Ryanggang Province. Situated at the foot of Mt. Baekdu, it is a place known to North Koreans as the sacred birthplace of Kim Jong-il. (Though actually he was born in Primorsky Krai, Eastern Russia.) 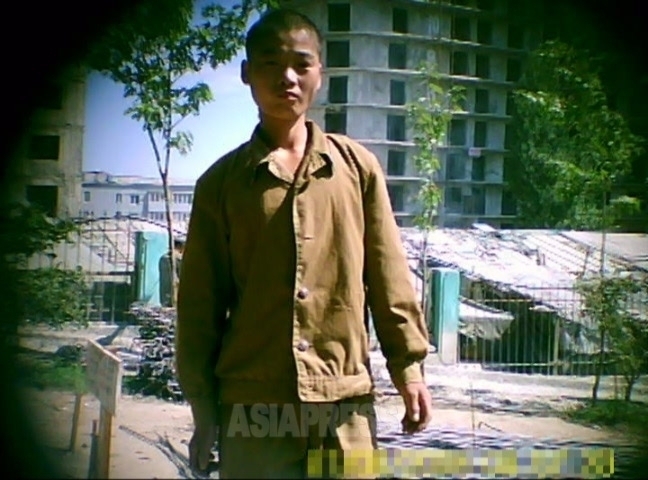 In late 2016, Kim Jong-un ordered for the “construction of an international, first-class tourist destination at the sacred birthplace of the revolution”. The following year, construction got underway, with the project designated as a top national priority. Visiting the site 3 times in 2018 and once more this past April, it seems that Kim Jong-un is personally enthusiastic about the project.

Due a shortage of capital and building materials stemming from the economic sanctions, however, completion of the project had to be postponed back in 2018. Now though, construction is once again underway, with the aim of unveiling the finished site by September 9, the anniversary of the nation’s founding.

The project has directly disadvantaged local residents. The first such disadvantage is labor mobilization. Multiple reporting partners, speaking from the Ryanggang area, said that, apart from the People’s Army being deployed to provide labor, there are also ‘construction brigades’, composed of workers and students selected to work in 6-month shifts. The number of laborers forced to work in the “construction brigades” is believed to be, at all times, in the tens of thousands, except during severe winter periods. While working on the project, they are forced to live in tents on the construction sites.

The next greatest burden for residents is the extortion of food, cash, and supplies.

A reporting partner said, “The ‘construction brigades’ are served only rice, corn, and vegetable soup but they are at least served meals regularly. In order for this to happen, residents in each province are forced to provide their support, with residents told to provide work gloves and work clothes as well as rice and cash. There is no fixed amount of money one has to give as a ‘voluntary display of sincerity’, however, the leader of the local political unit (inminban) goes around the houses each day to tell people to give more and has put up a graph of our ‘support performance’ to spur competition.”

Electricity is also a major issue in Samjiyeon county. Residential areas in Ryanggang Province have been in a state of “power-saving” for the last 6 months, with absolutely no electricity supplied to residents since November of last year. According to the reporting partner, local officials have explained that “all electricity is being diverted to support the construction of the Samjiyeon Special Tourist Zone.”

The reporting partner continued, “I went to the area in the winter to look around the construction site and they were heating the walls with electric coils to dry them before the cement froze.”
Next page : ◆ College graduates forced into labor