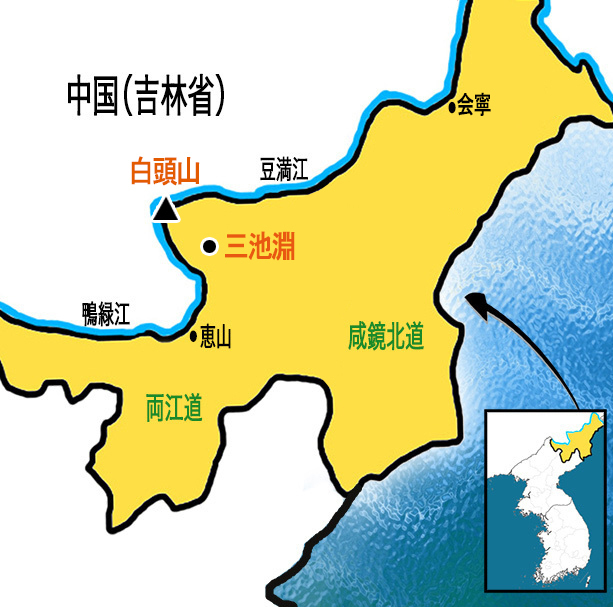 In order to create a city in the middle of such a sparsely populated mountain area, the government is also conducting a ‘migration support’ program to encourage citizens to move to Samjiyeon county.

Graduates of Hyesan City Medical School this year were forced to take up residence in Samjiyeon, said a reporting partner in mid-May, adding, “They have built new apartments and a modern hospital, but what young people would like to live in such a remote rural area? The students’ parents are unhappy and are trying to seek exemption for them through medical reasons or, for their daughters, trying to marry them off so they may live elsewhere. Now, the authorities have stopped students from making arrangements individually and are instead relocating students in ‘mass placements’ to Samjiyeon.”

Now, North Korea is in trouble, with 90% of its exports blocked by economic sanctions and a poor harvest forcing the government to ask the world for food aid. Nevertheless, Kim Jong-un is insisting on developing the tourist zone, despite there being no need at all for its rushed completion.

The move may be intended to convince the public that the country is performing well on its own, as it goes on with construction despite being under economic sanctions. The aftermath of such an approach, however, will come down upon the ever so burdened residents.