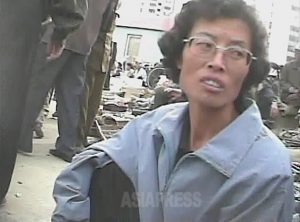 (Reference Photo) In a North Korean market, many people laments and complains about the government.Taken at South Hwanghae Province in September 2008 by Shim Eui-cheon (ASIAPRESS)

-What do the authorities tell you is the purpose of the nuclear and missile tests?

-The propaganda says that it is for self-defense, to crush the imperialist’s plans to isolate our nation. So we don’t have to live like slaves. They say that we will be able to live prosperous lives once the nuclear and missile program is finalized, even if the country is under sanctions by the US and China.

-Do you expect you will live a better life if the nuclear and missile development is completed?

-How could things get better (with missile and nuclear developments)? How will they improve our living? If there is any aid from the UN, we may get some crumbs and they will brag that we get it because of the greatness of the leader (Kim Jong-un). 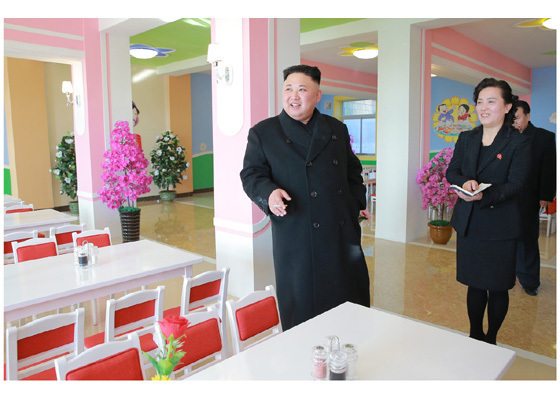 -Do you trust the Kim Jong-un regime?

-Nobody trusts what the authorities say anymore. They always cheat. They don’t deliver any real news. They only give us information in their favor. So nobody listens to the government. North Koreans are not what they used to be.

-Don’t you have any interest in the nuclear tests and missile launches?

As outside information is blocked, if the government announces a successful missile launch we respond like, “Aha! They did it!”.

North Koreans don’t know how much it costs (for nuclear and missile tests). If people knew how much money went to these things they’d say it is ridiculous,. Frankly speaking, I think that the money should be spent feeding people. 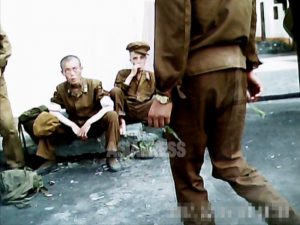 (Reference Photo) Malnutrition in the military is widespread while the authority concentrates on the development of the nuclear and missiles. Taken by Koo Gwang-ho at South Pyongan Province in July 2011 (ASIAPRESS)