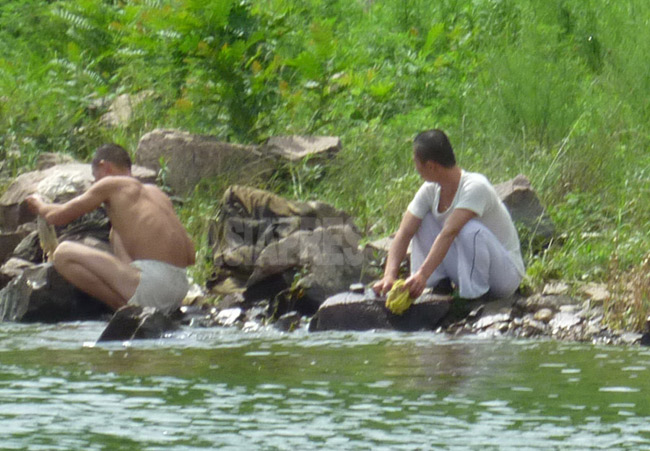 Young soldiers bathing and washing their clothes on the banks of the Yalu. An emaciated soldier sits on the banks. Sakju County, North Pyongan Province. Taken from Chinese side by ISHIMARU Jiro, July 2017.

In late July, a reporter for ASIAPRESS was on a cruise ship on the Yalu River, between China and North Korea. Tourists on the ship expressed pity for the North Korean soldiers they saw on the riverbank, saying, “They all look so skinny. So small.”

Along the riverbank half naked North Korean soldiers were bathing and washing their clothes. Their ribs were clearly visible through their skin. One soldier looked particularly weary, sitting with his head lowered between his legs.

The ship approached close to Chongsoo-Ri in Sakju County, North Pyongan Province. The area is home to Soopoong Power Plant. The water in this area deep, so Chinese cruise ships can get close to the banks of the river.

Emaciated soldiers are visible in state propaganda pictures. Although the authorities deliberately try to choose soldiers who are in good shape, many of them show signs of malnutrition on closer inspection.

ASIAPRESS reporting partners in North Korea have often sent reports from the early springtime inside the country: Malnutrition is common in soldiers in spring. Consequently, many soldiers are returned home suffering from malnutrition. Desertion is also common around this time of year.

While Kim Jong-un’s regime arouses international criticism because of repetitive missile launches the government is unable to feed its own soldiers. (ISHIMARU Jiro) 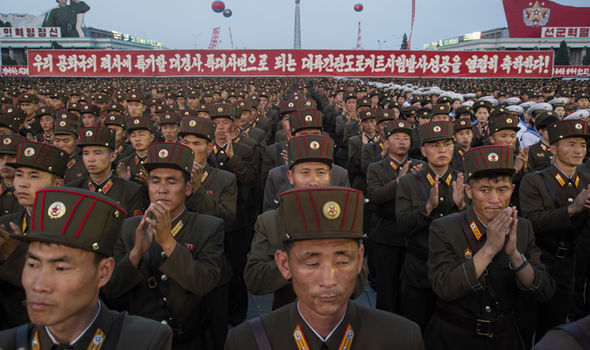 Mobilized soldiers at a rally celebrate the launch of an InterContinental Ballistic Missile on July 4. If scrutinized, many soldiers have gaunt faces and sharp chins. Quoted from Rodong Shimmun (State Newspaper) 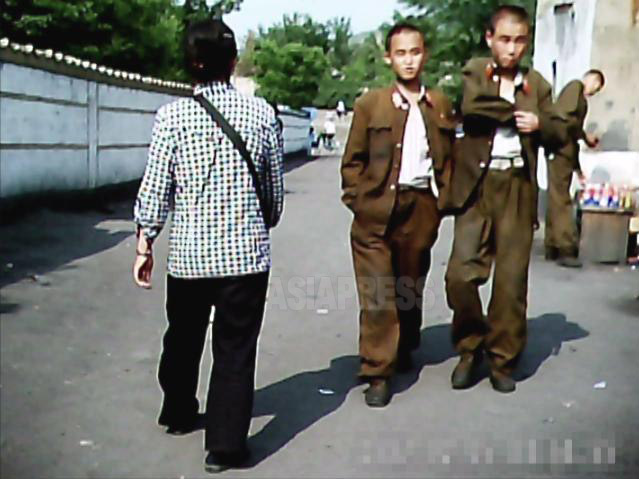 Young soldiers walking unbuttoned on the street. Their trousers are covered in dirt. Taken by Koo Gwang-ho in South Pyongan Province, July 2011. (ASIAPRESS) 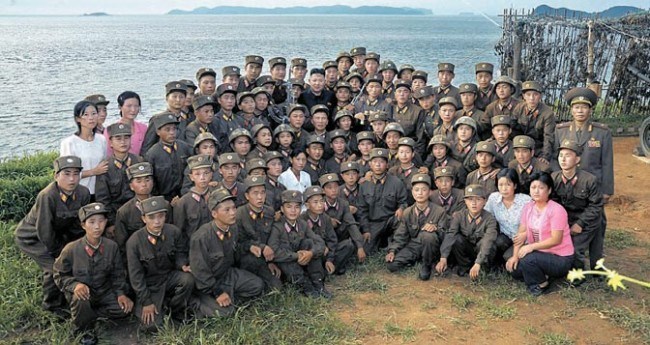 Photo of soldiers with Kim Jong-un. If enlarged, they appear like children. Not open to the public now. Quoted from Rodong Shimmun (State Newspaper) of August 2012.