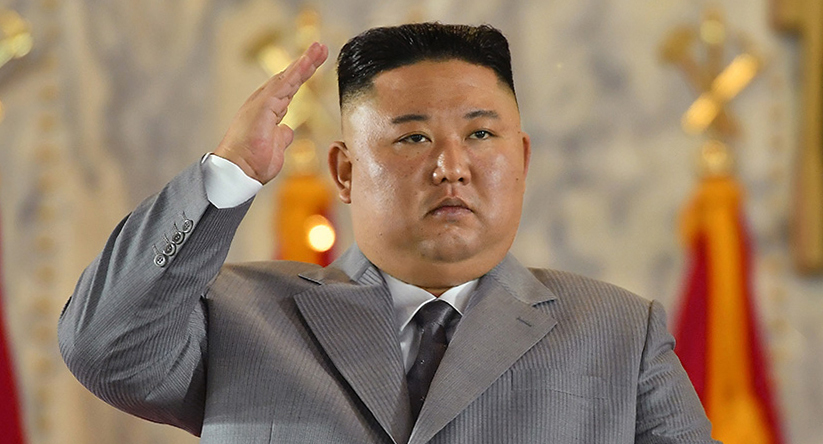 (photo) Kim Jong-un standsis standing during a review ceremony at the 100th anniversary of the founding of the Workers' Party. However, there was criticism within the country for excessive waste despite the hardship caused by the coronavirus pandemic, as quoted from the Rodong Sinmun, October 2020.

Sixty to seventy per cent of North Korea's electricity comes from hydropower. As a result, the country suffers from chronic power shortages every winter when rivers freeze over. In early spring, when the ice melts, the electricity situation recovers. Still, for the past several years, houses in the northern region of the country have received electricity for only about three to five hours a day.

After that time, however, the reporting partner said that the power shortage became worse day by day. During the heat waves and periods of low rainfall in July, we received reports from many places that they could not pump water into their fields because of the lack of electricity. In addition, the "industrial line" has also begun to be paralyzed.

◆ Even in the city centre, the power only comes on for an hour or two hours a day.

In mid-August, a reporting partner living in the Hyesan city in the northern region of Ryanggang Province reported this information to us.

What is the cause? The reporting partner met with an official of the Electricity Distribution Department, which oversees the electricity supply and facilities, and asked him about the situation.

“The reason for the lack of electricity supply is partly due to the lack of water resources, but also because the power generation system itself has been paralyzed. Even if the power generation and transmission facilities fail, we cannot import machines and parts from China. Even if they try to make up for it with domestically produced equipment, the quality is so poor that it breaks down immediately.”

Machines and parts are not coming in from China because the Kim Jong-un regime has blocked the Chinese border to prevent coronavirus from spreading, resulting in a sharp decline in trade.

Currently, there are plans to install solar and wind power at the national level. The installation will go ahead once the border with China opens, an official of the power distribution department said, according to the report. However, with the Delta variant, which is now spreading worldwide, the prospect of reopening border trade with China is not promising.

As power shortages are nothing new, households that can afford it have been buying and using Chinese-made solar panels for about ten years. A small one costs about 2,000 to 3,000 yuan. However, now that Chinese trade has been stopped, "you can't get them even if you pay 20,000 yuan," said the reporting partner. ※One RMB is equal to about 1.54 USD.

The "electric hardship" of the North Korean people is likely to continue for the time being (Kang Ji-won).