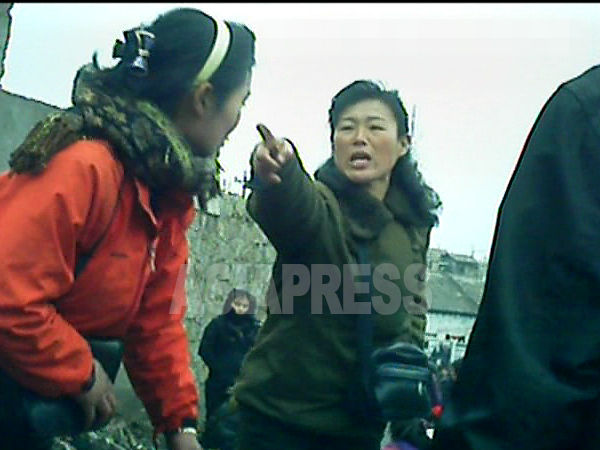 The actual exchange rate of the RMB and the U.S. dollar recently plummeted by about 22% in the illegal foreign currency exchange markets of North Korea. On August 4, a reporting partner from North Hamkyung Province and Ryanggang Province reported that "There are even rumours that both the yuan and the dollar will become worthless."

In North Korea, the RMB suddenly fell by about 30% in early June, while grain and fuel prices soared, causing great turmoil in markets. The RMB continued to fall throughout June but eventually gradually regained its value in July.

The following are the recent changes in the RMB exchange rate as investigated by ASIAPRESS (1 RMB = 0.15 USD per won).

◆ What is the reason for the appreciation of the won amidst the economic slump?

The reporting partner explains that "The crackdown on the use of foreign currencies has become so severe that it is difficult to use them, and they are no longer available. Most people have run out of domestic currency, so they sell their foreign currency reserves at low prices. On the other hand, the Dongju (the newly wealthy) see this as an opportunity and are trying to collect foreign currency under the radar."

Then, why is the won continuing to appreciate? The North Korean economy has been in a slump for more than a year, and its exchange value of its domestic currency has not been recognized internationally. There is also a deep-rooted distrust among North Koreans toward their local currency. Although the reasons for the won’s upward trajectory are unclear, there is no doubt that the authorities are intervening to manipulate the market.

To combat the COVID-19 outbreak, the North Korean authorities closed the Chinese border and limited trade, placing markets almost entirely under state control since around August of last year. In the past, trading companies were allowed discretionary control over imports and exports. Now, however, the state has complete control and management over goods at ports such as Nampo. Given the circumstances, the state’s monopoly over the circulation of foreign currencies is probably the cause of the won's appreciation.

The exchange rate between the North Korean won and the RMB and U.S. dollar is determined independently by the so-called "tondeko," or underground money changers in various parts of the country, based on reference values unofficially announced by the Foreign Trade Bank of the Democratic People's Republic of Korea in Pyongyang every morning (Kang Ji-won).