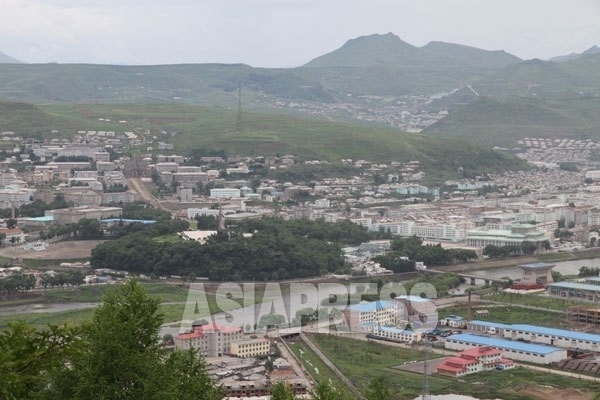 Photo of Hyesan City, Yanggang Province taken from China. It is the biggest smuggling point on the Sino-Korean border. Taken by Lee Jinsu, July 2010 (ASIAPRESS)

North Korea and China share two rivers as their border: The Amrok-gang (Yalu River) and the Tuman-gang (Tumen River). The length of both rivers reaches 1,400 km. From the end of December to mid-March, the two rivers freeze solid due to the cold weather. Dump trucks can even be driven across the river without breaking the ice. With strong economic sanctions imposed by the international community still in place, smuggling has been increasing in the border areas.

A reporting partner in Jilin Province, China conducted a field survey of smuggling operations near the Amrok-gang last December and reported as follows.

“The smuggling of cars, etc. from China is continuing. Because the United States is monitoring the situation by satellite, crackdowns by authorities have become strict, and the goods that had been smuggled to North Korea from Dandong (downstream of the Tuman-gang) and Hunchun (along the Tuman-gang) are now being gathered at the upstream area of the Amrok-gang in Changbai. There are many Chinese traders there too.”

On the other side facing Changbai County is Hyesan City, Yanggang Province, North Korea. Since the river is narrow and shallow in this area, smuggling between North Korea and China has been prevalent. "Nowadays, the smuggling of steel and medicine in addition to cars has been noticeable," said a Chinese reporting partner who visited the site.

There are many large-scale steel mills in northern North Korea. So why smuggle steel? A reporting partner who lives in North Korea explained as follows.

"The biggest reason is the drop in the operation rates of steel mills in Chongjin City due to the UN sanctions. The deterioration of the facilities has been so severe that the supply of steel has become insufficient. Trading companies are given orders to procure steel for the Samjiyeon construction project and they smuggle the steel from China." 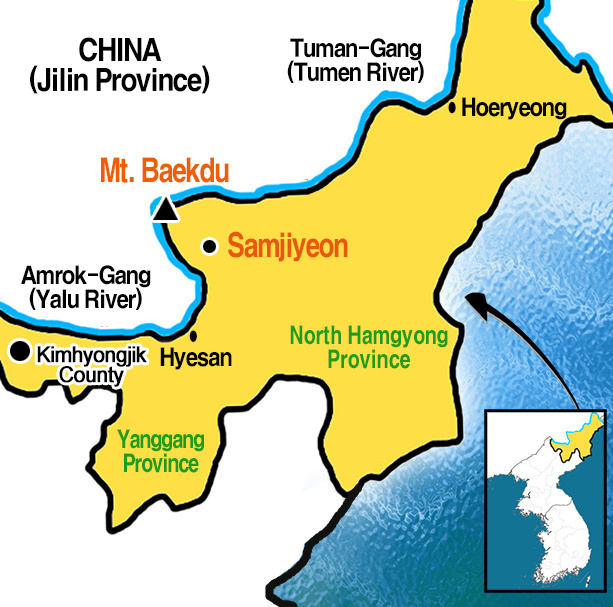 Samjiyeon County, located at the foot of Mt. Baekdu, has been under feverish construction since 2017, under direct orders from Kim Jong-un to transform the area into an “international tourist city.” However, steel products are prohibited from being exported to North Korea due to sanctions. Since production in North Korea has become unstable, the smuggling of steel from China has been on the rise since last November.

Next page: 300 Chinese and North Korean people gathered at the site…