◆ 300 Chinese and North Korean people gathered at the site

According to the Chinese reporting partner, large-scale smuggling is being carried out near Kim Hyong-jik County in North Korea, about 8km downstream the Amrok-gang from Changbai County. This is also consistent with the reports from our North Korean reporting partners.

What goes on at the scene of smuggling? The Chinese reporting partner who visited the site described the situation as follows.

“There were about 300 Chinese and North Korean people at the site. The smuggling begins after the sun goes down. Goods and cash are exchanged. Cars and containers move back and forth on the frozen river and the scene resembles that of a busy market in Hong Kong. North Koreans openly engage in smuggling as it is led by state agencies, and the situation is similar on the Chinese side as it seems the Chinese border defense forces (border guards) simply turn a blind eye.”

North Korean trading companies that are directly in charge of smuggling are making increasing demands for Chinese medicine. It is said that antibiotics and bandages are being sent to North Korea in large quantities for delivery to large hospitals, including those in Pyongyang. However, medicine is not likely among the prohibited goods.

“The metal clips that are used to secure the bandages are banned under the sanctions, so exports are officially forbidden. That is why large amounts of bandages are smuggled together with medicine. Also, food products from China, such as dry noodles and flour, and animal feed that promotes the growth of pigs are smuggled together in the tons,” said the Chinese reporting partner. 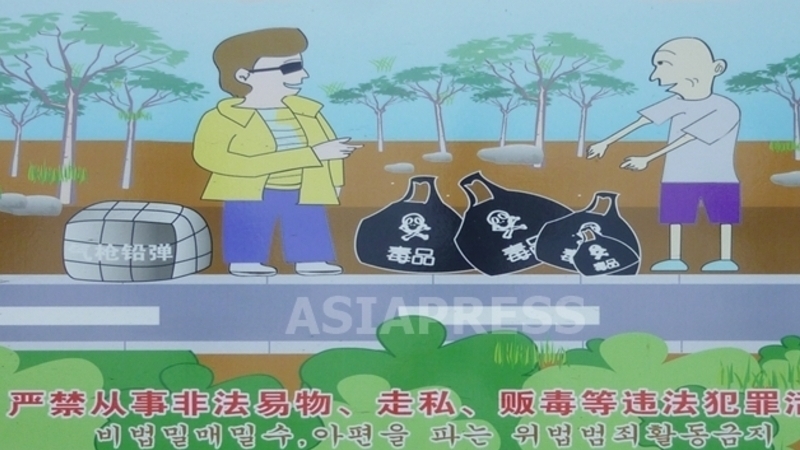 The Xi Jinping administration is not conducting smuggling operations as part of a national policy to aid North Korea. However, it is obvious that the companies and residents of Jilin Province and Liaoning Province, who have made a living off trade with North Korea, are suffering from the lack of trade. This may be why smuggling, which has been tolerated at the local government level, seems to be growing along with the freezing of the rivers.