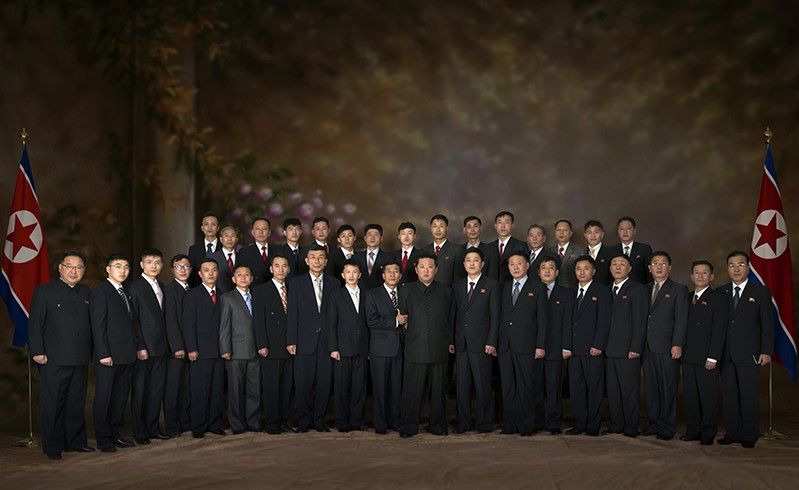 The Kim Jong-un regime has repeatedly conducted missile launch tests since the start of the new year. When were they first planned and what is the regime’s objectives? Should we expect the actual missile deployment to proceed smoothly? Mr. Oh Sowon, a former North Korean agent born in Japan, explains the answer to these questions while deciphering domestic developments, including the 4th Plenary Meeting of the 8th Central Committee of the Workers' Party of Korea (WPK) convened at the end of 2021.

The regime fired hypersonic missiles on January 5th and 11th as well as two short-range ballistic missiles from a locomotive launcher on the 14th. The launch on the 11th was conducted as an "inspection fire drill" for Kim Jong-un to directly inspect.

The missile launched on the 14th was not a "test launch" but an "inspection and firing test," i.e., it was fired during a simulation of an actual combat situation.

North Korean experts in South Korea had predicted that Kim Jong Il would not take any provocative action to increase military tensions between North and South Korea ahead of the presidential election in March, as it would be detrimental to left-wing presidential candidates who are more likely to be more lenient towards North Korea. The assumption that it would not be in Kim Jong Il's interest to have a conservative government in South Korea was a logical one- but it turned out to be wrong.

There is no telling how far North Korea's military provocations will go in the future, but Mr Oh believes that its military actions since the beginning of the year are closely related to the decisions made at the 4th Plenary Meeting of the 8th Central Committee of the Workers' Party of Korea (WPK) convened at the end of last year.

The North Korean state media's coverage of the five-day meeting at the end of last year ended with the following brief statement.

"The munitions industrial field should dynamically push ahead with the production of the powerful equipment corresponding with the modern warfare while steadily expanding achievements- true to the decisions made at the 8th Party Congress, powerfully fuelling the quality of the national defence capacity and attaining the goal of elevating the defence industry through Juche, in a planned way on a modern and scientific basis."

There is no hint of a missile launch test anywhere in the text. However, in order to decipher the trends in North Korea, for which there is no detailed information released, it is essential to read between the lines of state media reports and documents and to infer and analyze the thoughts, values, and past behavioural patterns of the people and cadres. In a word, it is necessary to have a unique perspective, or "glasses."

Let me use my own "glasses" to decipher the Labor Party meeting held late last year regarding the series of missile tests.

◆ "Pretending to Act" at the Head's Direction

It is noteworthy that a "Written Decision" is adopted at the end of the conference, which is private. Following Kim Jong-un's report on the first day of the conference, subcommittee meetings were held on the second day. The details are kept secret, but the content of the sub-meeting on the military industry is secretive.

In my experience, the contents of the sub-meetings on defence, diplomacy, and the southern border are likely to be communicated only to a limited number of cadres within the party.

In North Korea, information is divided into "private," "secret to the outside world," "secret within the party," "absolute secret," and so on. Still, the fact that the Labor Daily reported, with photographs, that the party, military, and munitions industry cadres had gathered together for a meeting for several days suggests that some action had been decided secretly even before the meeting. The media reports mentioned above only mentioned the direction of the policy, not any specific plan.

However, a few days after the meeting ended, the Kim Jong-un regime launched a missile. Why?

In North Korea's political and social system, there is a phenomena where people immediately "pretend" to move when the leader gives orders. Their actions act as a barometer to measure their loyalty to the leader. For this reason, all media, party organizations, government agencies, companies, and even schools must show how "determined" they are to carry out the instructions.

Although it is fake in a way, as can be seen from the fact that the Propaganda and Incitement Department is one of the essential departments of the Workers' Party, the highest authority, "propaganda" in North Korea creates social pressure similar to what is called "peer pressure".

In North Korea, "the first", "first in line", and "first on board" are highly valued, and the evaluation of the official in charge is enhanced by implementing the "written decision" as quickly as possible.

At the munitions industry sub-committee meeting held at the end of last year, it must have been decided that a test launch would be conducted at the beginning of this year, and the plan for the following phase would have been discussed as well. However, seeing that the test launch was to be held a few days after the meeting, it is reasonable to assume that the preparations had been completed long ago and that the launch was on standby. 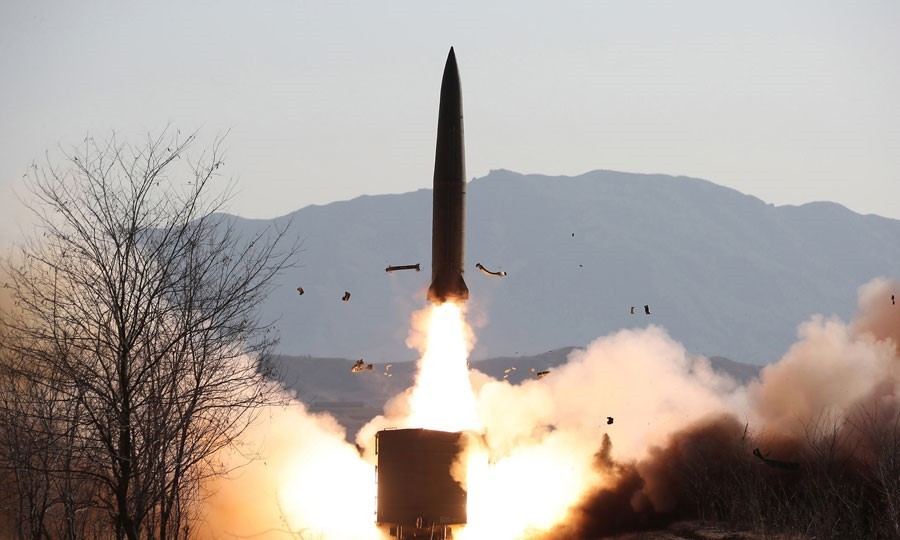 (Photo) According to North Korean state media, North Korea launched a railway-born missile on Jan. 14. Quoted from the Labor News.

◆The Unveiling of New Strategic Weapons Announced for 2019

Speaking of the hypersonic missile, Kim Jong Il had announced that "the world would soon witness a new strategic weapon" at the 5th Plenary Meeting of the 7th Central Committee of the Workers' Party of Korea in late 2019.

In September of the same year, the first test launch was conducted, and although North Korea claimed it was a success, it was presumed to be unfinished based on the phrase "technical indicators were determined."

In addition, it was considered to be in the early stage of development since observation data showed that its flight distance and altitude had not reached their performance levels, and Kim Jong-un was not present for the launch. After that, performance improvements were made, but it is reasonable to assume that the launch was postponed again to 2022 for some reason.

At the time of the announcement in 2019, many South Korean analysts and mass media predicted that the "new strategic weapons" would be multiple independently-targetable re-entry vehicle ICBMs (MIRVs) and 3,000-ton class strategic submarines and submarine-launched ballistic missiles (SLBMs).

Probably because hypersonic missiles are something that "even the U.S. has not been able to complete," there was some underestimation. Still, as the saying goes, "when the threat passes, the heat is forgotten," and I take my hat off to the nerve of the South Korean experts who continue to make "predictions" with impunity no matter how many times they fail.

Although the U.S. has developed and tested weapons to intercept hypersonic missiles, which are said to be game-changers, everyone knows that the intercept time is much shorter for South Korea and Japan than for the U.S., which are so close that they can be reached within minutes.

It is only a presumption, but I think that the prototype was ready in the first half of last year, and after the test in September and the performance improvement, it was on standby until Kim Jong-un gave the go signal. Since the "written decision" was endorsed at the party meeting at the end of last year, they must have decided to implement it.

Aside from the Mach 10 flight speed, the "ampouling" of liquid fuel has shortened the launch preparation time and dramatically increased mobility.

As interception is virtually impossible with current defensive measures, a controversial statement by a presidential candidate of the South Korean opposition party that "pre-emptive strikes are the only way to respond" is considered belligerent.

Nevertheless, looking at the missile launch tests that North Korea has been conducting over the past few years, the keywords "surprise-attack" and "irregularity" come to mind. These include shortening the launch preparation time and improving the launch manoeuvrability and irregular flight capability of the missiles. These tactics align with the traditional "anti-Japanese partisan style" of the WPK.

So, will the new weapons, such as hypersonic missiles that have been tested repeatedly, be ready for field deployment immediately? In my opinion, it will not be easy. In addition to financial difficulties and power shortages, there are other unique reasons for this (To be continued).

Oh So-won (pseudonym)
A man in his 60s. A former official of an organization affiliated with the Workers' Party of Korea. He was born in Japan and returned to North Korea as a teenager as a repatriation project. After graduating from a university in Pyongyang, he worked for a trading company affiliated with the Workers' Party of Korea and then engaged in espionage activities against South Korea. He defected to South Korea in the 1990s and worked as a company employee before retiring. He is the author of "Naked North Korea" (Shinchosha), and his column "Pyongyang Watch" was serialized in the Tokyo Shimbun (2010-2012). He has also contributed numerous articles to the monthly magazines "Shincho 45" and "Factor", and the information website "Foresight".

※The contributions of external authors may not be consistent with the editorial policy of ASIAPRESS.