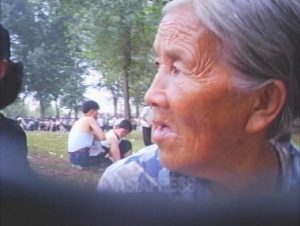 According to videos filmed by ASIAPRESS reporting partners inside North Korea, a number of elderly women end up having to work instead of retire. They find work by starting businesses in market places.  In North Korea the social welfare system for the elderly and their children has collapsed which has led to a situation where even the adult children of the elderly are unable to take care of their parents, forcing the elderly to earn cash by themselves.

What the elderly can do for work is limited, mostly they sit on the street to sell cigarettes or food, they also collect empty glass bottles, cans, and plastic bottles.

It is an unfortunate and grave reality that even the elderly cannot afford to feed themselves without earning money for the day. (ISHIMARU Jiro) 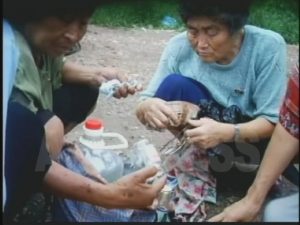 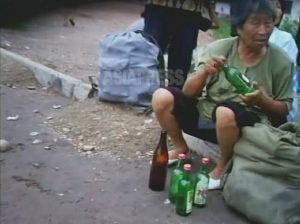 An old woman is stuffing a knapsack with empty bottles that she has been collecting. August 2007, in Lelang District, Pyongyang. Taken by Lee Joon (ASIAPRESS) 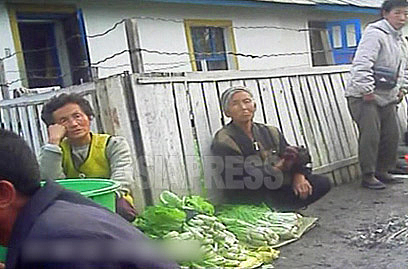