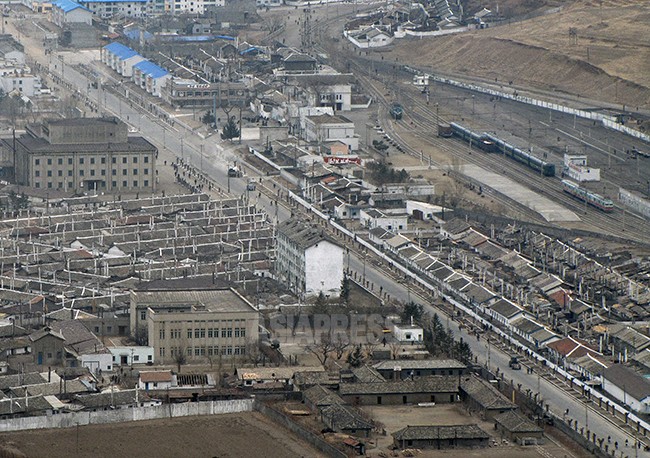 ―― We’ve heard that there’s a severe lack of medical supplies for those in isolation in another area of the country. What about where you are?

B:  The authorities are isolating people for 25 days if they show signs of fevers and colds. I’ve heard they have organized “medical supply provision teams” to provide supplies to those in urgent need through inminban (people’s units), not through hospitals. That’s because the authorities are worried that doing checkups on people in hospitals could lead to the spread of infection. I’ve heard that fever patients will be getting cold medicine from China…

※ It is not clear whether isolation periods in areas outside of Musan are also 25 days.

―― How about food distribution to those in isolation?

B:  I’ve heard that food is being acquired and supplied by the local government (people’s committee) and companies, not the central government, but they say there’s a total lock of food available. The leadership is saying that people with COVID-19 symptoms will be fine if they just endure for a couple days.

―― Are there people dying of disease or starvation?

B:  I don’t know how many people have died because I haven’t been able to go outside.

―― Are the markets still open?

B:  They were closed on May 15. White rice now costs KPW 5,800 a kilogram, while corn costs KPW 2,900 a kilogram. The prices have risen because food sellers are holding back from selling their goods due to the fact that the authorities are enforcing strong price controls.

―― We’ve heard from you before that mobile phone service is poor when calling other areas in North Korea. Has anything changed?

B:  It’s still difficult to connect with others in the country by phone, but not impossible.