Tension near the Chinese border area continues to increase in the new year.
We have received information that large scale crackdowns by the state are taking place in the northern city of Hyesan, which shares a border with Jilin Province of China. These crackdowns are being carried out by the massive "Censorship Unit"(검열단) dispatched from Pyongyang. Further information has also come out of the border area that a border guard has fired on women who tried to escape and defect by crossing the border river, Amrok-gang(Yalu River). Our reporting partner, living in the border town in Ryanggang Province, reported the following via phone conversations on 8 January:

"The Censorship Unit, composed of 100 or so personnel, was dispatched directly from the Party Central (NOTE; This indicates the Central Politburo of Pyongyang which leads the Korean Workers' Party/KWP). Most probably it is related to the purge of Jang Song-taek. Local officials are also engaged in the censorship, but they are basically tasked with controling the border. The purge is having a stressful effect on all of us."

Another partner, in Ranggang Province, reports that the Censorship Unit was formed by the Organization and Guidance Department of the Party Central of KWP. 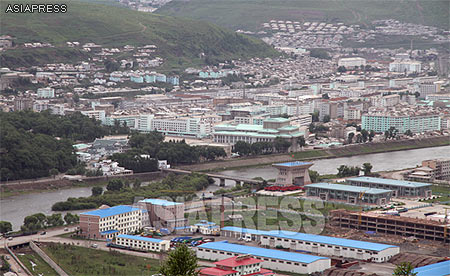 (REFERENCE PHOTO) Hyesan City, Ryanggang Province lies above the Amrok-gang(Yalu River). The border town is known as a junction for smuggling and defection. The photo was taken from Chinese side in June. 2010. ASIAPRESS

"At the beginning of the year, in Hyesin-dong, there was a case where the border guard fired on two women attempting to cross the river and defect into China. No one died in the event, but one woman was captured while other managed to reach the Chinese side. She escaped after she reached the riverbank, getting into a car which appeared to have been arranged beforehand." 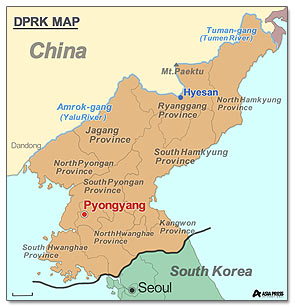 North Korean guards on the Sino-North Korean border are devoting great efforts to preventing North Koreans from defecting across the river. These include, but are not limited to, making frequent patrols in the border area and taking extra precautionary measures to prevent illegal crossings. Guards are known to fire at suspected defectors as long as these people are on the North Korean side. Once they start to cross the river, however, guards refrain from discharging their weapons.

There is an unwritten rule among North Korean border guards not to cause unnecessary trouble with Chinese guards on the other side of the border. Because of the danger of discharging weapons in the direction of China, precautionary measures are being taken by North Korean guards not to fire across the river and risk sparking a cross-border incident.

If our partner's information is true, it should be recognized that heavy restrictions are being implemented, restrictions which override previous border rules.

Defection usually increases in the winter season because the surface of the border rivers, both Amrok-gang(Yalu River) and Tuman-gang(Tumen River), freeze over. Added to this, it is expected that kin and/or affiliated groups of Jang Song-taek woul d defect to China in the midst of the large-scale liquidations currently taking place following the purge of Jang in December. As a result of these facts, the state is supposedly deploying massive operations at the border area, and keeping a sharp eye for would be defectors.

It is predicted that the tightening of border security will continue for a while to come. In these circumstances, locals are living in continuous uncertainty under increasing border tensions.
### Rimjin-gang ------