During the winter, North Koreans are faced with the challenge of how to find water for their domestic use. This is the biggest concern for North Korean citizens who refer to this problem as the 'Water hardship'. During this time, the river freezes over and neither household taps nor the water pumps function.

The state does not take any action to help solve this water crisis. As such, ordinary people need to collaborate by pooling their money, digging wells and breaking ice on the river to source much needed drinking water in whatever way they can. 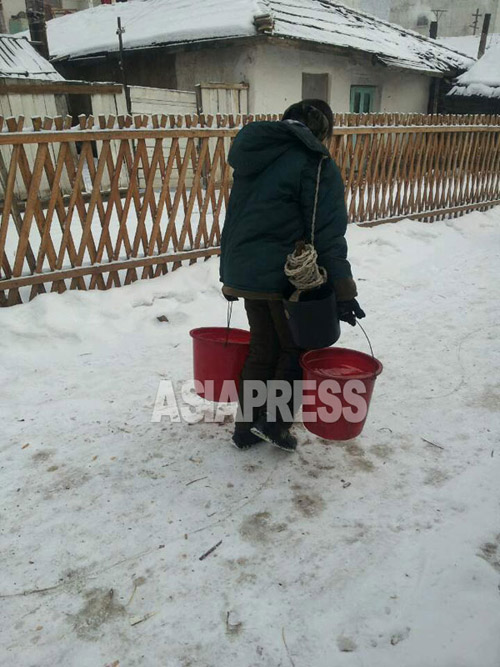 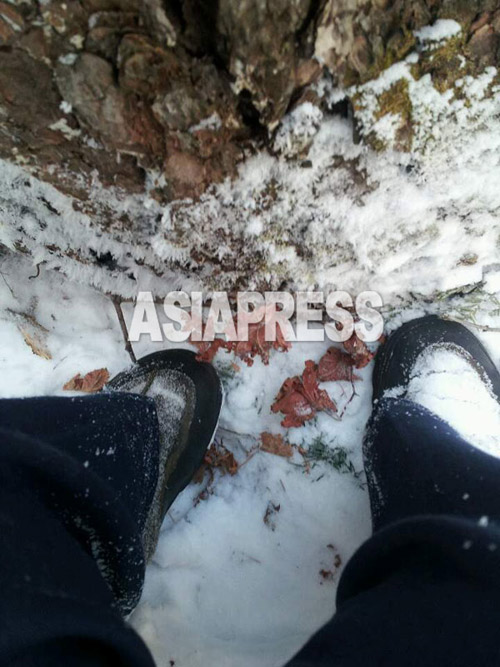 It's often necessary for ordinary people to water a long way in the snow to get the water they require. 2015, January. North Korean central region. (Team Mindeulle ASIAPRESS)