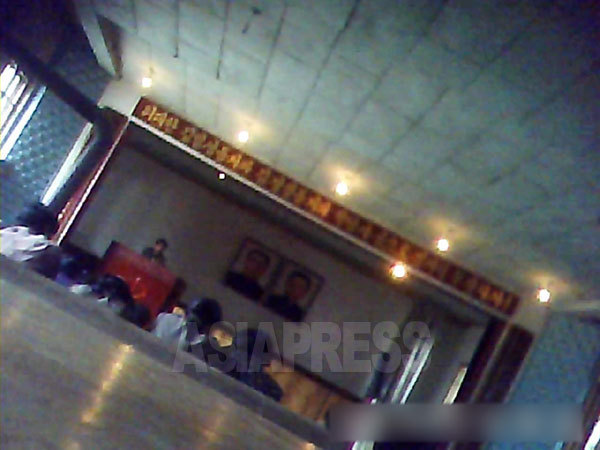 It is revealed that the North began the propaganda toward its officials and residents that the start of the North-South talk is the General Kim Jong-un’s victory. Several reporting partners in North Hamkyung Province delivered the news since March 13. (Kang Ji-won/ISHIMARU Jiro)

A reporting partner reported that a political lecture was held on March 9 for 40 minutes toward the officials above the junior level of the Party; the title was “The General with excellent insight in diplomacy.”

According to a high ranking official who had been to the lecture, the content was about the great achievement of the great general Kim Jong-un who, through the talk (with the special envoy from the South), tries to defeat the enemy’s mean scheme to oppress the Republic by the economic sanction. There seems to be no explanation about the summit meeting between the South and North or the North with the US.

Separate lectures for the ordinary people were also prepared. All the residents in North Korea are organized by unit of school, work place or region. They are, once a week, obliged to attend “Saenghwal Chonghwa” which requires every attendee to do self-examination. The partner reported on the study meeting during the ‘Saenghwal Chonghwa’ of March 10 with the subject that the world focuses their eyes on our country which is overcoming power nations’ economic sanction. They mentioned only about the special envoy from the South.

Next Page: Denuclearization? No Idea!...