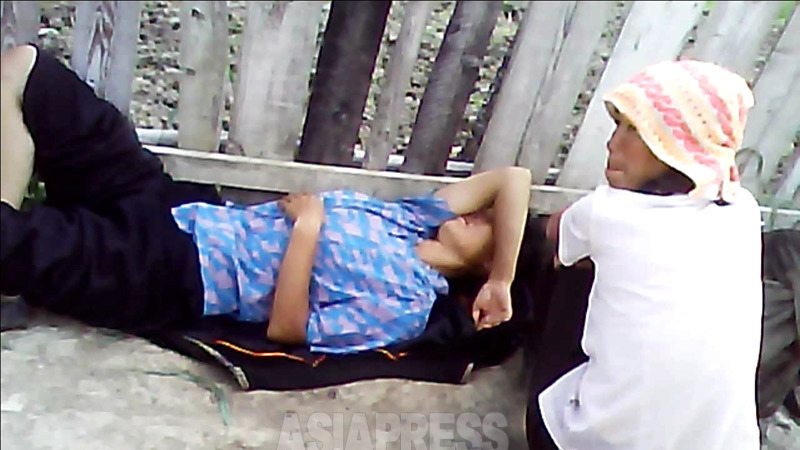 According to figures released by the China Customs Office, exports to China from North Korea in March of this year totaled U$12,278,000, a 89.19% decrease compared to the same time last year.

Some 90% of North Korean trade goes to China. It is clear that the recent UN-led economic sanctions have severely affected North Korea’s foreign currency earnings. Exports to China have decreased by 95% for February, according to the same figures. Imports also showed a 56.43% drop to USD142,929,000. In total, trading decreased to USD155,307,000, representing a 64.9% drop from a year before.

ASIAPRESS spoke with an official in a North Korean trading organization in China about the effects of declining trade across the Sino-Korean border.

-How is business?
“It isn’t going well. The Chinese authorities (Customs Office) are with holding permission to trade, even after submitting the required documents. It’s hard to renew visas for resident employees as well.”

-There’s a rumor that the sanctions may be lifted after the meeting between Kim Jong-un and Xi Jin ping (March 26).
“That’s just a rumor. Nothing has changed. Trading for metal and coal is still strictly prohibited. Our Chinese partners don’t accept offers to send workers, or for foundry contracts.”

-How is the domestic situation?
“It is serious, of course.”

-Is the life of ordinary people getting harder?
“No. The ordinary people have survived even in hard times by doing business by whatever means they can. It’s the high ranks that are the hardest hit.”

-How about the privileged and the high-ranking officials?
“Most of the money they spend comes from the trading interests. The disappearance of that money is making some of these officials panicked. If the authorities can’t solve the economic problem soon, the escalating frustration of the higher ranks could lead to a bigger problem.”

The call to the official of the trading company was made on April 27, just before the summit between Kim and Xi. There was no detailed explanation on the difficult situation of North Korea, but the tone of the official indicated concerns with the declining situation. He explained further that, even if the North Korean trading company suggests smuggling to its Chinese partner, only a small quantity of Chinese medicinal herbs, red bean, and seafood could be exchanged because of the Chinese crack down.