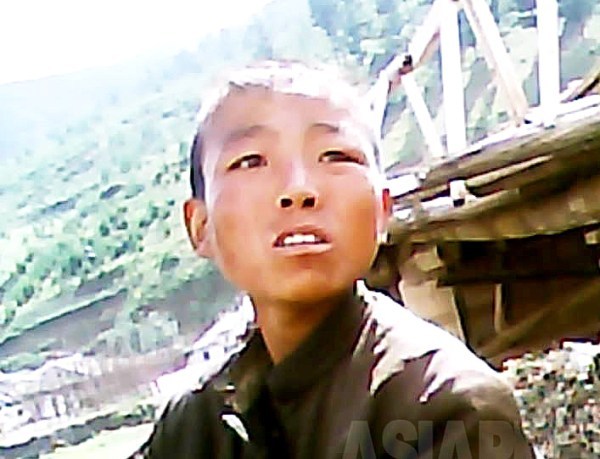 A boy abandoned and lost home by his family due to extreme poverty. He begged for food to the photographer. He said, “I live under the bridge.” June 2013, in a Northern part of Ryanggang Province. Taken by our Team ‘Mindeulle’ (ASIA PRESS)

Even under the Kim Jong-un regime, the food rationing system has still been totally dysfunctional.  Most of the people make their livings on business by themselves.

Since Ryanggang Province is one of the trade centers with China, the living standard is better than that of other areas due to abundant business opportunities.  But still, we can find kotchebi in all of the videos we took in the city.  It can be assumed that a number of parents are still unable to raise children due to financial difficulty.

Sadly, toddler kotchebi–apparently, around 4 to 5 years old–exist as well.  Ryangang Province is the coldest place in North Korea; the temperature goes down to below -25 degrees.  How do children survive in winter?  It is regrettable that we can not give them helping hands from outside. 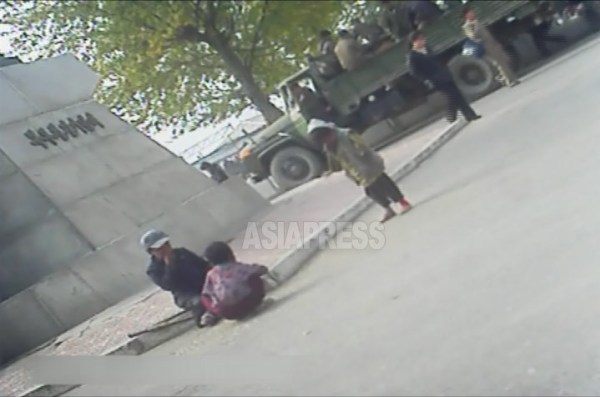 A group of kotchebi wandering around the city central of Hyesan City. Two of them still look like toddlers. November 2012, in Hyesan City, Ryangang Province. Taken by our Team ‘Mindeulle’ (ASIA PRESS) 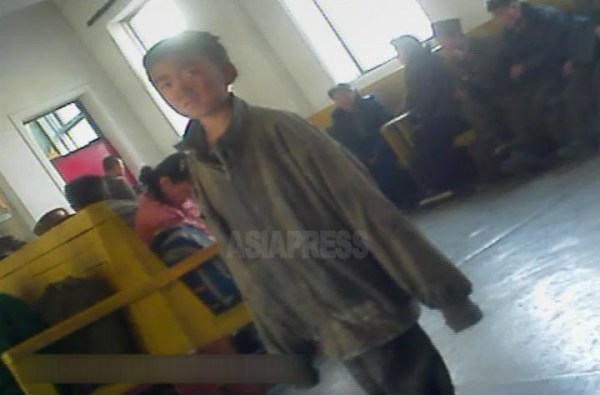 A boy kotchebi begging at a waiting room of a station. He was wearing a dirty cloth suitable for an adult. November 2012, in Hyesan City, Ryangang Province. Taken by our Team ‘Mindeulle’ (ASIA PRESS)

Related article: ＜Photo Report＞ Kotchebi, the Homeless, Under the Kim Jong-un Regime (PART2) Toddler worn out on a street while regime shows off luxury orphanages 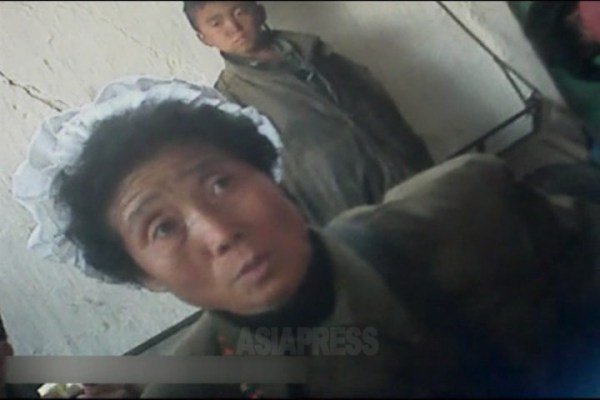 On a different day, the same boy was roaming around a food market. November 2012, in Hyesan City, Ryangang Province. Taken by our Team ‘Mindeulle’ (ASIA PRESS)

Facebook Twitter はてブ Pocket Feedly
RECOMMENDATIONS
＜Inside N.Korea＞ Hunger spreads in rural areas in April; farmers run out of food, and people in cities have no cash income… The authorities implement weak measures to resolve these issues
Starting in April North Korea faces a major problem as the number of ...
Secondhand Bookstalls Still Active in N.Korea
The Daily Life of North Koreans:  2014/March/15 Written by PAEK Chang-...
＜Inside N. Korea＞ Housewives-turned-dealers Sell Meth Hidden in Masks as Drug Use Reaches a High under Desperate COVID-19 Conditions
Methamphetamine crimes are getting worse under the influence of COVID-...
＜Inside N.Korea＞ The Chinese-N.Korean Border is under Strict Control
2017/Feb/16 The Chinese New Year was celebrated at the end of January...
＜Photo Report on N.Korea＞ Starving People’s Army: Mother Concerns Conscripted Son
A South Korean colleague’s two sons joined the military. The period o...
＜Inside N.Korea＞Execution of Border Guard Officer Accused of Overlooking Defectors
On April 4, a reporting partner of ASIAPRESS, in a northern area of No...
＜N.Korea photo report＞A Look at North Korea's Impoverished Rural Women... Though they are producers they live in poverty due to exploitation
While North Koreans are very compassionate, there is one occupation th...
“Secondary school textbooks issued under the Kim Jong-un regime” The list of textbooks and details.
※ The material is in Korean and Japanese only. There is no English ver...
＜Inside N. Korea＞ Escape From Samjiyon: Young People Flee Kim Jong-un's Luxury Tourism Zone. "There are no Chinese tourists because of coronavirus. We can't survive."
Create a world-class international tourist city... In November 2016, K...
Voice of the ordinary N.Koreans: “Nuke test only brings hardship to people,” “No better life in Kim Jong-un’s era”
Asia Press has covered the inside situations and responses of North Ko...