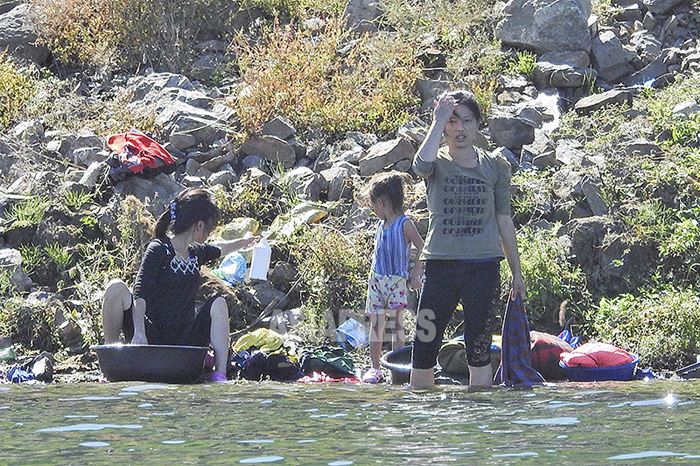 With the coronavirus spreading from China to neighboring countries, what quarantine measures have been taken in North Korea and how are citizens reacting to the epidemic? Multiple reporting partners in North Korea were asked about the latest situation.

◆ Isolate all those who have come into contact with Chinese

On January 28, the authorities’ took basic steps to prevent the spread of the novel coronavirus infection by making TV announcements to “remind citizens to wash their hands and to wear masks.” On January 29, however, the authorities suddenly raised defense levels.

-- What measures have been taken to prevent the spread of the novel coronavirus?
A: "All those who have Chinese contacts, including customs inspectors and trade officers, are being quarantined- regardless of whether they actually have the virus."

-- Have they been quarantined at hospitals?
A: "No. The quarantining agency has prepared food and bedding for those affected at the offices and security rooms of the custom inspection facilities and trade agencies. Trade officials who have interacted with Chinese counterparts anytime since early December are to be quarantined. The quarantine period is said to be 20 days."

--What are people who display symptoms supposed to do?
A: "For the people who have been quarantined at their workplace, if they display the early symptoms of a cold, they will be immediately taken to hospital to be further quarantined. They say that one must then pay for one's own hospital costs."

--Have residents been informed of the virus and ways to prevent infection?
A: "On January 28th, we were being warned only through the TV to wash our hands and wear masks to prevent infection. But, by the 29th, doctors from the hospitals were coming around the community and workplaces to give lectures."

-- What is the content of the lectures?
A: "At the Musan mines, they had a lecture for workers. They were told that the disease is an infectious form of pneumonia and that there have been deaths in China but not yet in North Korea. Regarding prevention, the doctor just told them to wash their hands properly. The doctor said that, as a vaccine has not yet been developed, the emphasis is on prevention."

--What has the public's reaction to this?
A: "It is being called a pandemic but I think the general public is still not on high alert. There are some people who complain, asking where they are supposed to wash their hands with warm water in this cold winter. There are even people who think this is a 'disease that rich people can’t catch.’”

According to Japanese and South Korean media, the North Korean authorities have closed the land border with China and suspended all trade. At the current stage, the Kim Jong-un regime is focusing on preventing the coronavirus from spreading into the country. The North Korean people, however, seem to be unaware of the reality of the situation. This lack of understanding was similarly a problem last year, when the African Swine Flu caused huge damage to the nation’s pigs.