According to an announcement by Chinese customs authorities, North Korea’s exports to China in 2019 remained steady compared to the previous year. Imports rose 16.1% during the same period, while total trade increased 14.8% over the same period. As a reference, North Korea is known to rely on China for about 92% of its trade.

UNSC sanctions were tightened in the second half of 2017, and exports to China began to decline from the end of that year. Though North Korea’s trade volume increased significantly from 2018 to 2019, exports to China in 2018 showed a 90% decrease from the year previous. As such, North Korea’s trade is still struggling immensely in comparison to 2016, before the sanctions were tightened. 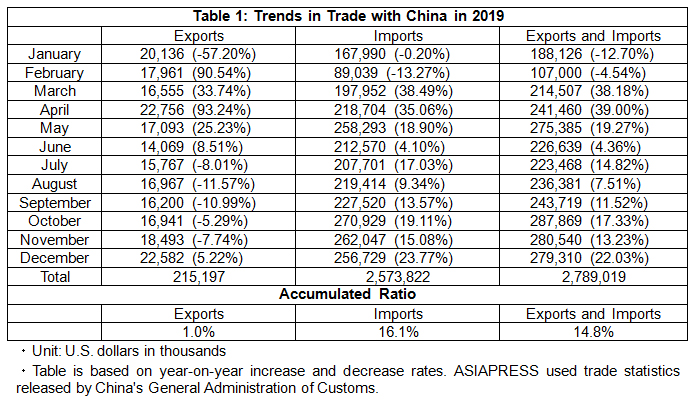 To make up for sluggish trade under the sanctions, the Kim Jong-un regime attempts to earn foreign currency in various ways. This can be roughly divided into 5 categories:

According to a report submitted to the UN Security Council's North Korea Sanctions Committee in July 2019, North Korea has been hacking into foreign financial institutions and virtual currency exchanges for years, stealing up to $2 billion and successfully laundering money.

The country’s exports to China in 2016 valued a total of $2.6 billion so, if the information contained in the report is true, it must mean that a huge proportion of the state’s funds have been obtained through illegal means.
Next page :The search for non-sanctioned goods...