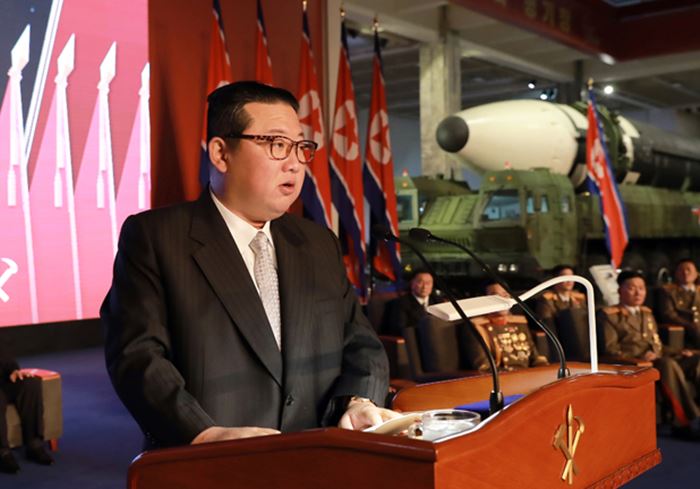 I visited South Korea for a month from the end of August. It has been a year and seven months since my last visit. In Seoul, where the weather was crisp and clear, I had several opportunities to exchange opinions with North Korean experts in between interviews. Unfortunately, many of them told me that they had almost no idea what was happening in North Korea. This is because the Kim Jong-un regime has imposed a state lockdown to prevent the influx of the coronavirus, which has almost completely cut off all foreign communication, and information has dried up.

Surprisingly, there was a lot of interest among experts in Kim Jong-un's "drastic weight loss." It is unclear whether it is due to deteriorating health or dieting, but South Korean intelligence officials believe he has lost 20 to 30 kilograms from 140 kilograms.

One of the researchers asked how the "drastic weight loss" of the leader is perceived in North Korea. He pointed out that while the economy is paralyzed by a coronavirus and the people are suffering from poverty, it is awful that only Kim Jong-un is super-obese. He said that Kim Jong-un might be on a "national diet" as a measure to counter the popular sentiment. Well, that's a point of view I hadn't noticed before.

This December 17 marks the tenth year since the death of Kim Jong-il and the tenth year of the Kim Jong-un era, who was born in January 1984 and assumed power at the age of 27. At first, North Korean society was filled with contempt, saying, "What can a young man do?" "He is still a kid."

Over the next decade, Jong-un's physique ballooned as he gained experience in the dictatorial rule. However, it was not until this spring that he began to lose weight when the economic turmoil deepened.

After returning from South Korea, I asked some of my reporting partners in the northern part of the country what they thought about the "drastic weight loss," and they told me that the propaganda that "General Kim Jong-un has lost weight because of his hard work" had just started. Here is what a woman in her 30s had to say. She referred to Jong-un by his name, by the way.

"Recently, a project to educate the public about the greatness of Jong-un has been launched in the community and workplace every Saturday. It says that he is a great man and that he has single-handedly defeated all the powerful countries. In addition, a campaign to 'send letters to General Kim Jong-un praying for his health and pledging allegiance' was started, saying that his sudden weight loss was due to his daily hard work for the people.

This is an event where groups and individuals write and read letters that say, 'The General's peace is our happiness.' I don't know if the letters will reach Jong-un, but I don't think anyone cares (about his weight loss).

Why should we worry about him when we eat well and not lose weight due to hardship? We are worried every day about how we are going to make ends meet. We are preoccupied with making even the smallest amount of money from our business."

The perception of the other reporting partners was similar. They were so busy with their daily lives that they didn't seem to care about Jong-un's health problems. It is unclear whether the "drastic weight loss" is due to the "government diet" or not, but there is no doubt that South Koreans and Japanese are more concerned about Jong-un's weight than the ordinary people in North Korea.

＜Related Article＞
Facebook Twitter はてブ Pocket Feedly
RECOMMENDATIONS
＜Interview with Two N.Koreans＞ What do people think about the military parade, missile launches, and controls on information?
In April, North Korea continued to launch missiles as it had since th...
＜Photo Report＞ People are exploited in mobilized for forced labor (1) Urban view
2015/11/6 The reason North Korea can still sustain production and cons...
Living in Pyongyang - The Real Story (3) Pyongyang City Shrinking
2013/August/11 Speaker： GU Gwang-ho,Rimjin-gang reporter Editors：ISHIM...
＜Inside N. Korea＞ State of Emergency Ordered Following Coronavirus Outbreak in China…Night Curfew and Strict Quarantine Measures Reinstated and Construction at the Border Brought to a Halt
In response to the expanding coronavirus infection in Jilin Province, ...
＜Inside N. Korea＞ Would a visit by the Pope bring freedom of religion to North Korea, a country where even fortune-telling is illegal?
In early October, an unusual public event took place in Hyesan, North ...
To Be Honest, the People of N.Korea Couldn't Care Less
Rumours that "One Rocket Launch is Worth Three Years of Food" --- Kim ...