2014/April/20
(This report first appeared in the Korean and Japanese edition of the ASIAPRESS North Korea report in March 2014. All the information is from that report.)
Written by ISHIMARU Jiro
(All pictures were taken by our Chinese staff of the North Korea Reporting Team)

Our North Korean reporting partner in Hyesan reported on 23th March, via a phone conversation, that tensions in the border areas are again rising.

"At the beginning of this year, a special team was dispatched from Pyongyang, tasked to suppress the smuggling and defections carrying on in the area. Currently, Hyesan is under tight security control. Surveillance on local residents will continue at least until the Day of The Sun (the birthday of the late leader Kim Il-sung, the most important celebration day in North Korea)." 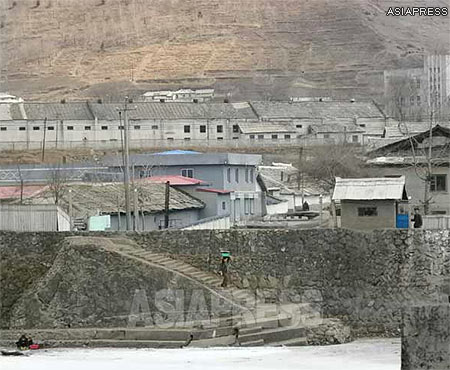 A local woman walks down to the riverbank to wash clothes. The small building on the right side of the photo is a watch house of the border guard. (Taken from Chinese side of the river. Changbai, Jilin. 21/March/2014) ASIAPRESS 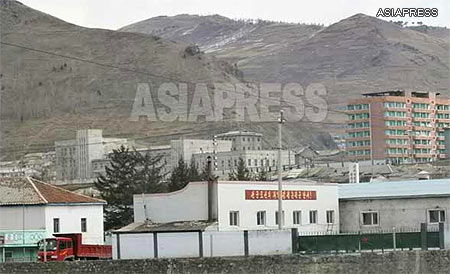 A green gate with a red star symbolizes the area is a military compound. The red board hanging on the wall of the white building reads, "Long live the General Kim Jong-un, the Sun of the Military First Korea!" ASIAPRESS 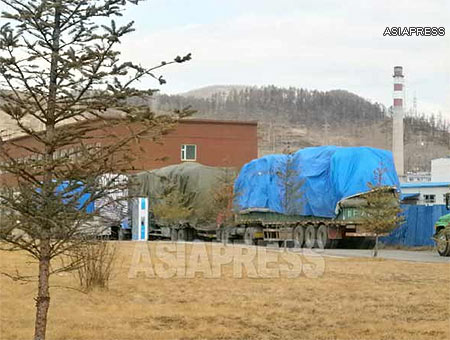 Trading trucks from China are waiting in line to pass through the North Korean border . ASIAPRESS 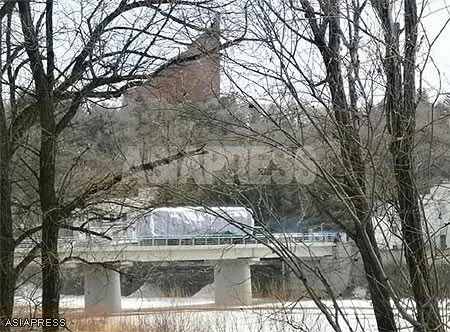 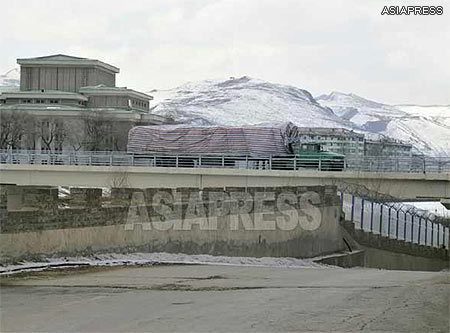 A Truck returning from North Korea to China. A wire fence is installed under the border bridge. ASIAPRESS 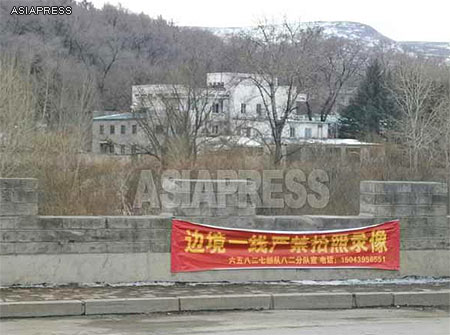 A Chinese banner installed by a unit of the People's Liberation Army on the Chinese side, near the river, warns "Photographing and video filming around the border is strictly forbidden". ASIAPRESS

Facebook Twitter はてブ Pocket Feedly
RECOMMENDATIONS
aboutus
ASIA PRESS INTERNATIONAL (API)Asia Press International (API) was esta...
＜Inside N.Korea＞ Death Is Common: Horrific North Korean Prisons Beyond Description
2017/Dec/21 The voice on the other end of the phone, in North Korea, ...
＜Inside N. Korea＞ Empty Stomachs, Empty Stands: Mass Games Suspended as Regime Fails to Feed Mobilized Students
A travel agency that operates tours to North Korea has stated that the...
＜Urgent ＞ What is happening inside N.Korea with COVID-19？ The government heavily crackdown on hoarding and restrict movement to other areas
North Korean authorities officially acknowledged that the Omicron var...
Delinquent Juveniles Mobilized For Forced Labor
The Youth Union(*), an umbrella social group of DPRK Worker’s Party, i...
＜Interview with a N. Korean Woman＞What do N. Koreans think about Kim Yo-jong’s speech?
During the speech she claimed that her brother “never slept despite a ...