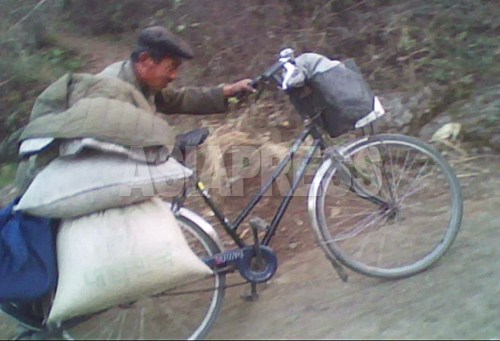 (FILE PHOTO) A man on a bicycle carries food purchased in a farming village on a bicycle into a city. Photographed in October 2010 in South Pyongan Province. North Korea currently heavily restricts people bringing food out of agricultural areas. (ASIAPRESS)

◆ In December, stores sell food at prices 2/3 of those found in markets

State-run food stores carry limited stocks, selling just a set amount per month to local households. A reporting partner in North Hamgyung Province said on December 20, “State-run stores sold 10-days’ worth of food per household in December. Meanwhile, laborers who work at factories or enterprises got 3-5 days’ worth of corn per person.

“People welcome (the state-run food stores) because they’re cheaper than markets, but they don’t have enough (stock on hand). The authorities are essentially telling people to make up for the shortfall themselves, but many people lack the cash to do so. Government officials say that the state will provide people with sufficient supplies of food starting in January, but nobody believes that.”

The Kim Jong-un regime began operating state-run food stores in 2019 with a view to monopolize the state’s control over food distribution. (ISHIMARU Jiro) 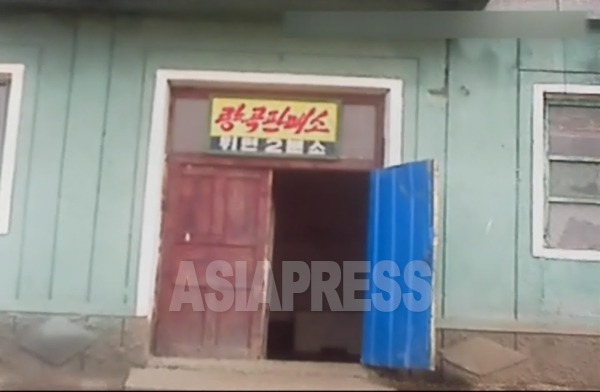 (FILE PHOTO) A closed state-run food store. No bags of rice can be seen. Taken by ASIAPRESS in Hyesan, Yanggang Province, in November 2012.