It has been revealed that the North Korean State Security Department – the DPRK secret police, ordered high-ranking officials to attend a seminar warning them about citizens working overseas defecting. Asia Press reporting partner reported on this seminar.

The seminar focused on North Korean defectors struggling in South Korea. The government organized this seminar because the Kim Jong-un regime is feeling the pressure from frequent defections of its people sent abroad for work. (Kang Ji-won) 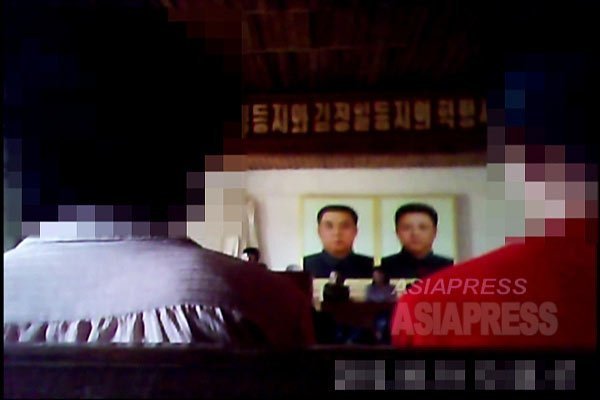 Meeting for political study by Worker’s Party at a local town. It was for demanding loyalty to kim Jong-un. Taken in the summer of 2013 by ASIAPRESS

The seminar was held in early June. The National Security Agency ordered high-ranking government workers and Worker’s Party officials to attend. The ASIA PRESS reporting partner collected detailed information from seminar participants. The seminar speaker told participants that defectors face discrimination and misery after going to South Korea. Our reporting partner explained that such seminars are frequently held for ordinary people, but previously not for high-ranking officials.
Related article: <Kim Jong-un’s Furious Response to the Defection of 13 Restaurant staff>

The following is a summary of the seminar.

1.On the matter of resettlement funding for defectors from North Korea in the South: 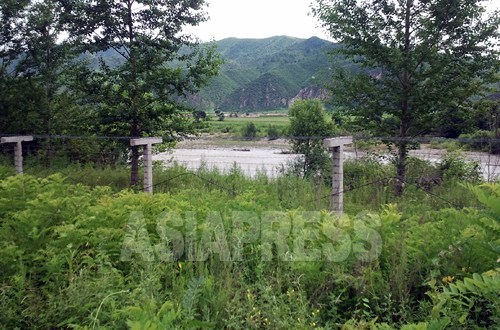 2.On the matter of education and jobs for defectors:

The South Korea government created Hanawon, an education facility for resettling defectors. Defectors are reeducated in Hanawon. However, the education is not helpful for resettlement. Further, Hanawon actually imprisons people in a solitary room as the state investigates their past. No one gets a job after the Hanawon reeducation.
* The speaker talked about ‘Cheon Young-chul’, who re-entered North Korea to destroy a statue. The speaker claimed that Hanawon warped his brain during the interrogation.
Related article: ＜Inside North Korea＞NK discloses arrests: “Blasting group to assassinate their top.” Maybe an intrigue!

3.On the matter of taxation and expensive medical bills:

People cannot live in South Korea if they do not pay taxes. Without money, people do not receive treatment and die. The government confiscates the belongings of people who do not pay taxes and who lack insurance.

4.On the matter of treating defectors as homeless:

In South Korea, civic organizations, established by order of the government, give defectors out of date food and used clothing

Next page: 5. On the matters of jobs; hard to find and available only for the dangerous and dirty...

Next Page
1 2
Facebook Twitter はてブ Pocket Feedly
RECOMMENDATIONS
＜Interview with N.Korean＞ Nuclear Test shattered Windows & People Forced to pay for Flood Damage
2016/Sept/27 North Korea’s sabre rattling continues to heighten tensi...
＜Inside N.Korea＞NK discloses arrests: “Blasting group to assassinate their top.” Maybe an intrigue!
On April 2, an ASIAPRESS reporting partner in North Korea reported tha...
＜Inside N. Korea＞Trade with China Set to Resume in March with Fertilizer Imports as Top Priority
North Korea has begun to work toward the resumption of trade with Chin...
＜Emergency Interview＞Lockdown Death Toll Climbs in Hyesan: “We are Dying Due to Lack of Medicine and Food”
On February 15, the lockdown of Hyesan in Ryanggang Province, located ...
＜Inside N. Korea＞ Fear and Tension among the Police: Authorities Order the Eradication of Bribery With Threats of Punishing Officers and Their Families
The North Korean authorities have decided to strengthen punishments fo...
＜Inside N. Korea＞ Costly Contagion: Typhoid Spreads to 10% of Border Population as Impoverished Residents Drink Straight from Rivers
According to a reporting partner living in the northern province of Ry...