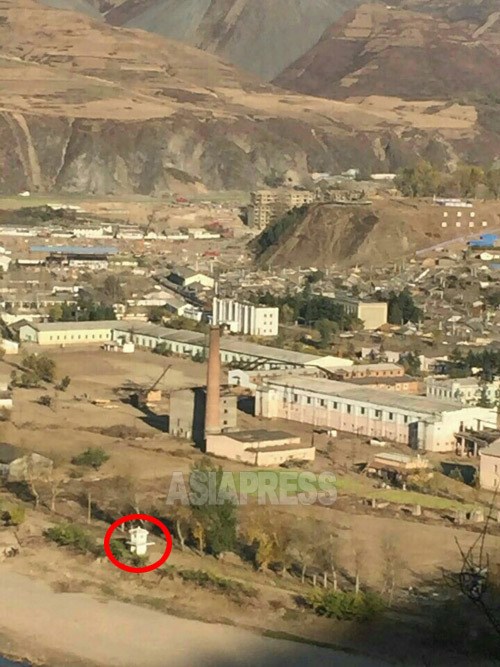 Newly built guard post at the border. The post, after the flood, was built by priority to prevent defection from North Korea. (ASIAPRESS)

There was a huge damage on several cities and rural area along the Tumen River, a border between China and North Korea, by the flood at the end of August. What happened to the damaged area after the flood two months ago? The photos of heavily damaged Musan County in North Hamkyung Province were taken from the Chinese side on October 30.(Kang Ji-won)

A reporting partner living in the region reported that the flood victims who lost their homes in Musan County were allowed to live in the newly built apartments, but they were asked to finish the interior work by themselves.

Musan County with the estimated population of 120,000 has the biggest mine of iron ore in North Korea. The flood in August swept a large part of rice field and so many homes as Musan County sits along Tumen River. “A large number of people including border guards are still missing,” said a reporting partner in the county. The exact number is not yet known. The reporting partners in the region unanimously say that a swift current swept the downstream area as the authority open the dam of Sodusu hydroelectric power plant in the upper reaches of Musan County without any notice.
Related Article: ＜Field Report On N.Korea＞ Delayed Restoration of Flood Due to Cement Shortage

From September, a number of soldiers and people from various workplaces have been mobilized for restoration work and have to work by hands because of lack of heavy equipments. What they have built first was the post of border guard which was swept away by the flood. 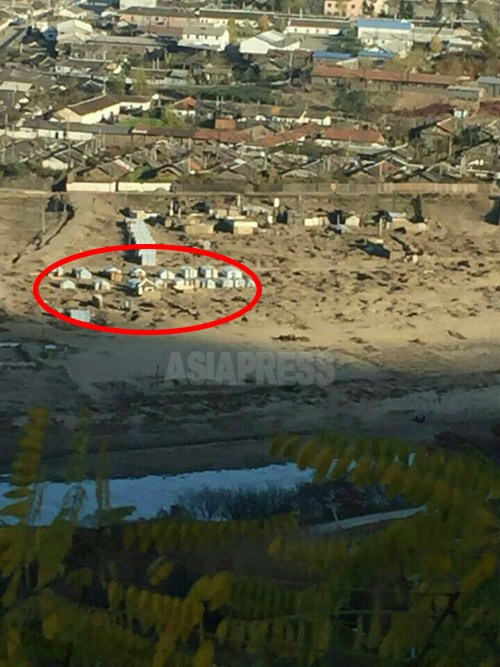 Tents on riverbank covered with mud. The reporter says “some of the flood victims still remain in the temporary shelter even two months after the flood.” (ASIAPRESS)

It seems that the construction of apartments has not been finished even by the rush work.

On November 10, a reporting partner in Musan County reported: While moving in the apartments constructed by rush work for the flood victims started, they shifted the interior work to the occupants. Those who are unable to afford can’t but live in a hut-like. They must have moved in a house without doors, window frames, glasses, and running water.

“The apartment is five storied and each floor has 10 households. Rich people move in second and third floor by bribing or connection, and others move in first or top floor. And the riches ask the local city construction corp or the mobilized construction crew from the organization enterprises to finish the interior work by offering them a meal. There has not been any support from the Party Committee of Musan County or the Party Committee of North Hamkyung Province although they have been promising.”

People, if possible, try to avoid the first floor with the fear of buglar and the top where it is hard to bring water up on cut-off of water supply.

On the other hand, it is said that the landslide also produced loss of lives beside the flood damage.

“Most of victims who died of landslide were whole families. They died in mud. There was only one survivor. (The authority) ordered to let even one person, the sole survivor, to move in new house. 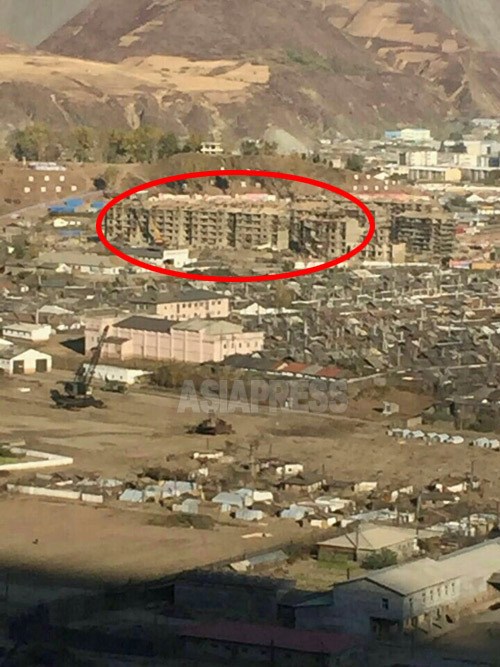 Apartments for flood victims. The reporter said that the entrance was made at the opposite side from China because they didn’t want the construction work to be seen from China. Moving in began even though the work has not been finished yet. 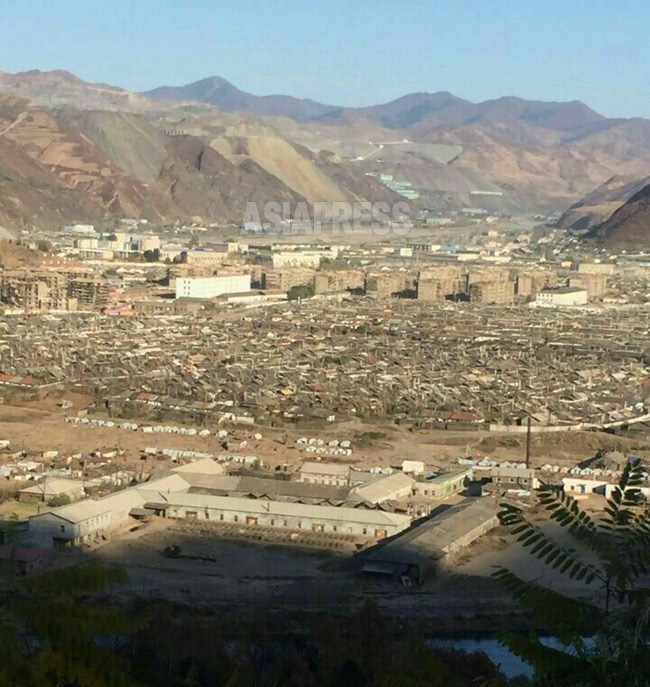 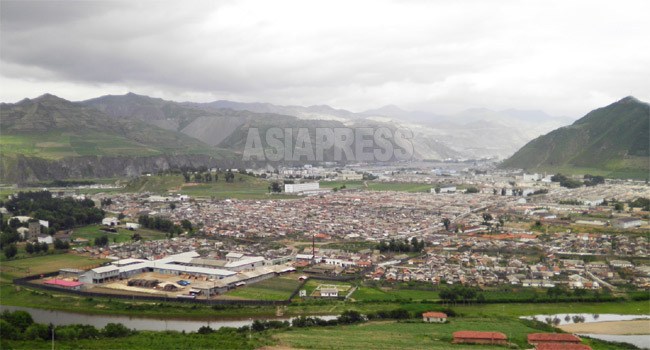 Facebook Twitter はてブ Pocket Feedly
RECOMMENDATIONS
＜Interview from Inside N. Korea＞ People are afraid of starvation if cities are locked down…PCR tests don’t exist…ASIAPRESS interviews a N. Korean to better understand the situation in the country and how people are feeling
North Korean state-run media has been reporting that the number of pe...
＜Inside N. Korea＞ Vagrant children are being captured and sent to the army at the age of 17.
◆ Hungry children on the run The economic downturn continues due to s...
＜Inside N. Korea＞ Exchange Rates for Foreign Currencies Skyrocket After Resumption of Railroad Trade; U.S. Dollar rises 24%
Recent reports indicate that the prevailing exchange rate between the ...
＜Inside N. Korea＞ Crime and Suicide on the Rise as Border City Residents Face Starvation in Second 30-Day Lockdown
Hyesan, the central city of Ryanggang Province, was placed under lockd...
＜Inside N. Korea＞ Embittered Embezzlers: Demoralized and Destitute, Military Officers Turn to Crime to Survive
◆ A 40-year-old major in the military with a monthly wage of only 0.97...
＜Inside N. Korea＞ COVID-19 Countermeasures Ban Soldiers from Leaving Bases, Leading to Widespread Malnourishment
Since February, the Kim Jong-un regime has thoroughly isolated its mil...