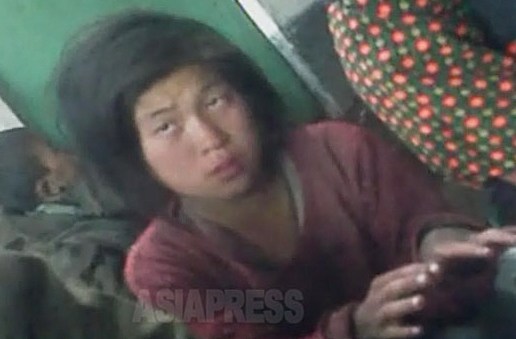 A homeless girl–a Junior High School student–using a briquette stove to warm up at a market. November 2012, in Hyesan City, Ryanggang Province (ASIAPRESS)

These pictures of “Kotchebi”, the homeless, were taken by an ASIAPRESS reporting partner after Kim Jong-un took over the regime.

The Kim Jong-un regime has implemented a type of “hiding policy”–the regime thoroughly detains both children and adult kotchebi to make it seem as if there is no homeless problem.  Despite the efforts of the regime the number of kotchebi has shown no decrease, since the “incessant emergence” of kotchebi cannot be stymied because chronic poverty continues.
Related article: Kotchebi, the Homeless, Under the Kim Jong-un Regime (PART4) Orphans left behind by the society. No help available for them in reality. 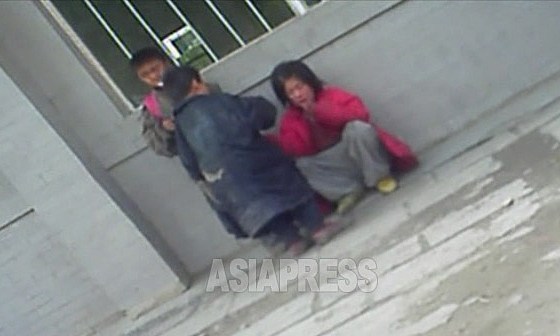 Three kotchebi roam around near a market. A girl wearing a red jacket is sitting on the ground, she seems to be a Junior High School student. Next to her, there is a boy wearing a torn jacket meant for an adult. November 2012, in Hyesan City, Ryanggang Province(ASIAPRESS) 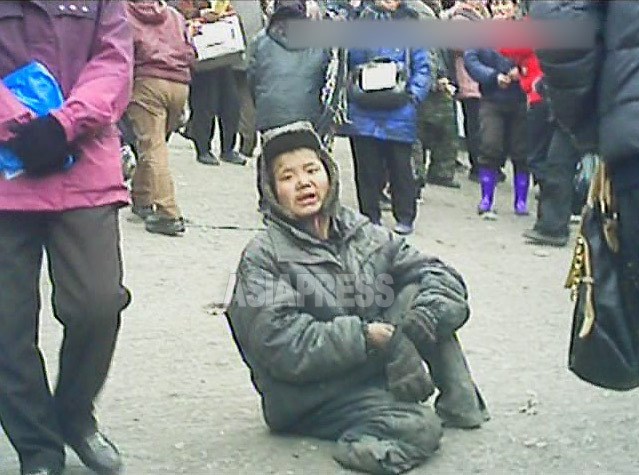 A child without legs is begging near a market. A lot of kotchebi lose their legs after being involved in an accident (since they sleep under freight cars) or they cut their legs off after being frostbitten. March 2013, in Pyongson City, South Pyongyang Province. Taken by Kim Dong-cheol (ASIAPRESS)

Related article:  A toddler–roaming around a city–represents the society. Kim Jong-un thoughtlessly enters orphanages without taking off shoes. 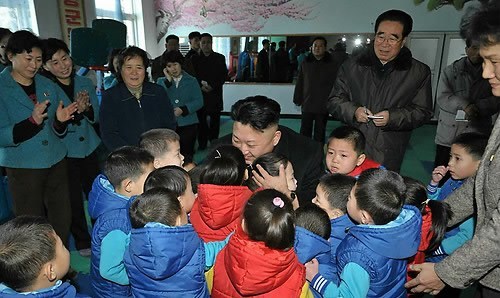 Rodong Sinmun reported Kim Jong-un’s visit to an orphanage. It is supposed to convey his “love towards the children.” Staff and government officials seem to be moved to tears. Quoted from Rodong Sinmun in January 2015.

Facebook Twitter はてブ Pocket Feedly
RECOMMENDATIONS
Top Secret Documents on North Korea's 'Tongpyo’: Regime Admits to Suspending the Issuance of Banknotes Due to Financial Woes - ISHIMARU Jiro
We obtained a "top secret" North Korean document. The document, issued...
＜Inside N. Korea＞ Expansion of the market economy as the driving force behind social transformation--based on sources from inside N.Korea. (PART2)  The black market and “farmer’s market” connect. by ISHIMARU Jiro
2016/Dec/20 ◆ How did the expansion of the market economy take place?...
S. Koreans are immensely fatigued about N. Korea…But continued interest in the N. Korean people is necessary. ISHIMARU Jiro
I have found it increasingly frustrating to report and write on North ...
＜Inside N. Korea＞ Order to Abolish All "Hidden Fields": Farmers Fear Starvation as Ban Begins
The North Korean authorities have ordered the abolition of all privat...
"Execution Was Not Right" - People's Reaction on the Purge of Jang Song-taek
2013/December/17 Written by PAEK Chang-ryong The authorities force peo...
＜Photo Report＞ Kotchebi, the Homeless, Under the Kim Jong-un Regime (PART3) A toddler–roaming around a city–represents the society. Kim Jong-un thoughtlessly enters orphanages without taking off shoes.
2016/Nov/4 The North Korean state-owned media has repeatedly broadcas...