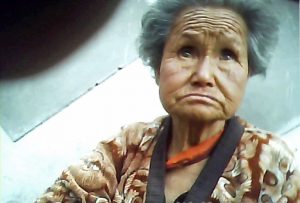 An old woman is sitting on the street and selling food. Her business is not going well, and she looks exhausted. June 2013, in Hyesan City, Ryanggang Province. Taken by our Team ‘Mindeulle’ (AISAPRESS)

In Japan a growing number of people have become concerned about their lives after retirement.  The problem, however, is more debilitating in North Korea where the social welfare system for the elderly is completely broken.

According to the Socialist Labor Law, 500 to 1500 Won are granted to the elderly as a retirement pension.  As of October 2016, the price of rice (1 kilogram) is around 4500 Won.  A monthly pension for the elderly is equal to only 100 to 300 grams of rice.  This has caused the elderly to continue working well into old age, taking jobs such as running businesses or farming, in order to earn cash to survive. (Paek Chang-ryong)
Related article: Abandoned Elderly (PART1) Collapsed Social Welfare System Has Left the Elderly on the Streets 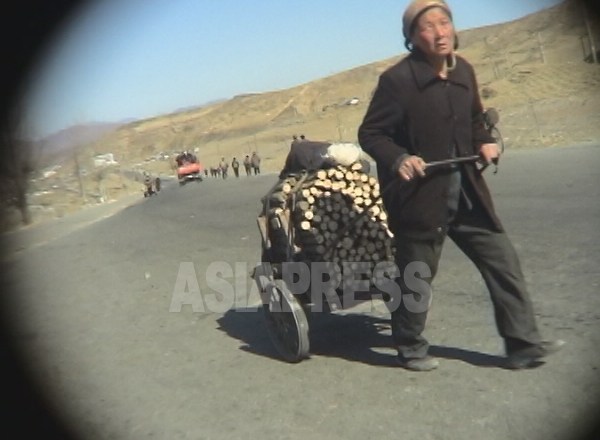 An old woman is carrying a bunch of firewood into a city. She went into the mountains to cut trees. She has been dragging the Bicycle-drawn cart for more than 10 kilometers. April 2005, Chongjin City. Taken by Lee Joon (ASIAPRESS) 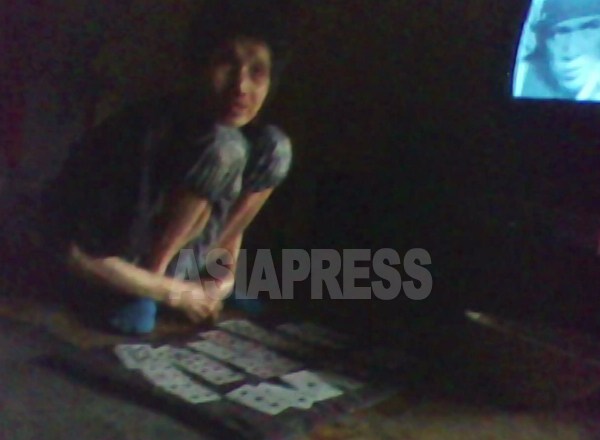 An old Japanese woman who came to North Korea with her Korean husband. She told our reporting partner in North Korea, “I am 81 years old, from Kagawa prefecture.” The only things she owned were a pot and a TV. June 2010, in South Pyongan Province. Taken by Kim Dong-cheol (ASIAPRESS) 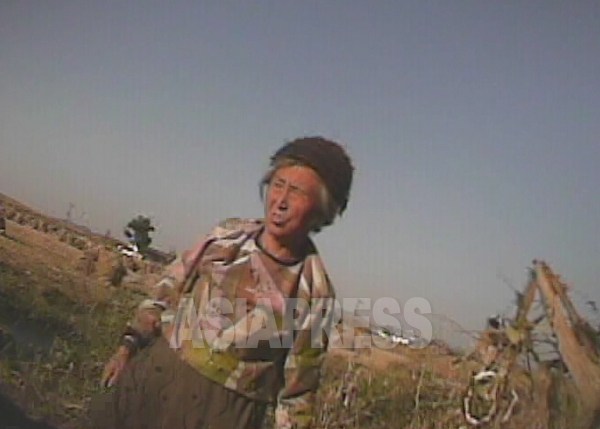 Related article: Kotchebi, the Homeless, Under the Kim Jong-un Regime (PART1) A girl and a boy–probably siblings–sleeping on a street

Facebook Twitter はてブ Pocket Feedly
RECOMMENDATIONS
＜Interview with N. Korean Residents (Part 2)＞ “The South did nothing for us”: North Koreans Blame Defectors and Moon for Destruction of Border Liaison Office
With the Kim Jong-un regime deciding to destroy the joint liaison offi...
Kim Jong-un Loses of Weight… But North Korean People Are Indifferent
I visited South Korea for a month from the end of August. It has been...
activities/distributions
THE OUTLINE OF ASIAPRESS INTERNATIONAL Title: ASIAPRESS International ...
＜Inside N. Korea＞ Big Brother Never Leaves: Domestic Security Tightened, Despite Leader’s Absence
◆Kim Jong-un is in Vietnam, so Why is Security so Tight Back at Home? ...
● About Our Team - ASIAPRESS and Rimjin-gang
ASIAPRESS International ASIAPRESS started in Tokyo in 1987 as an indep...
“Secondary school textbooks issued under the Kim Jong-un regime” DVD Book Now!
ASISPRESS collected 65 secondary school textbooks published under the ...