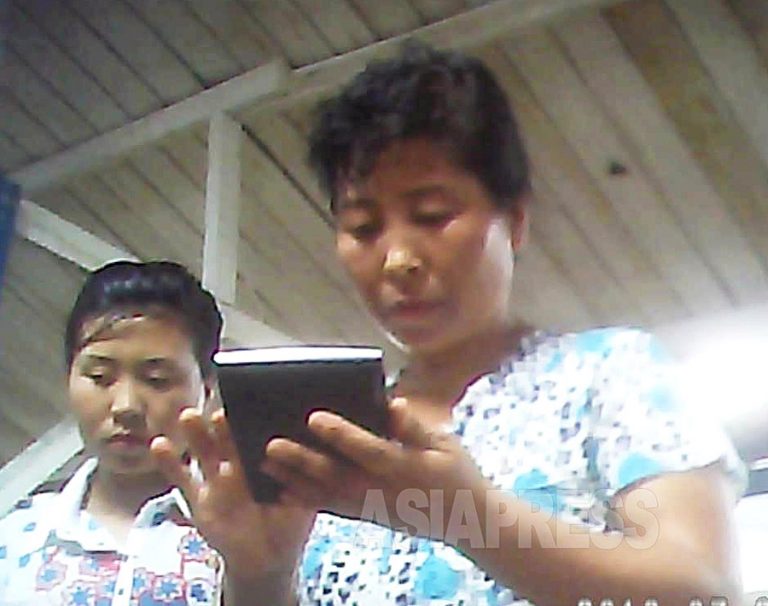 (Reference Photo) Female Merchant is using a calculator. Taken by ‘Mindulle’ at Hyesan market of Yanggang Province in August 2013.

ASIAPRESS investigated price changes in urban markets of northern part of North Hamkyung Province and in three locations of Yanggang Province on 29th of December by reporting partners in North Korea.

It is noticeable that gasoline and diesel jumped by 23% and 34% respectively, compared to those prices on December 21. The reporters mentioned, “A rumor that the fuel price will rise further is spreading.”

It is not certain whether the economic sanction has affected the rise in prices, as we don’t have enough information to support the assumption. But there is a possibility that decreased export has resulted in the shortage of foreign currency as the North Korean Won which has been stable has been devalued by 5% toward RMB. (ISHIMARU Jiro)

※Major prices are as follows. Prices read in KPW per kg. 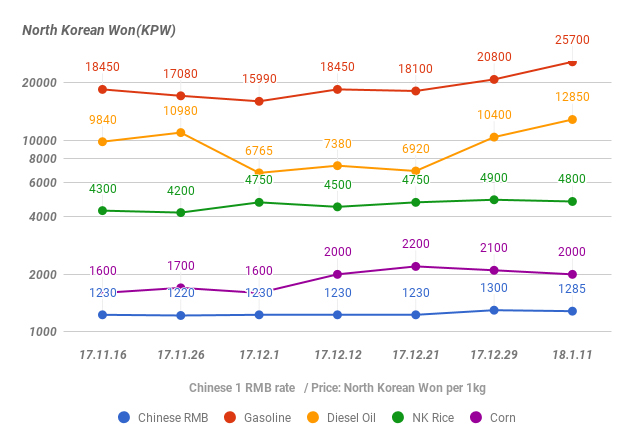