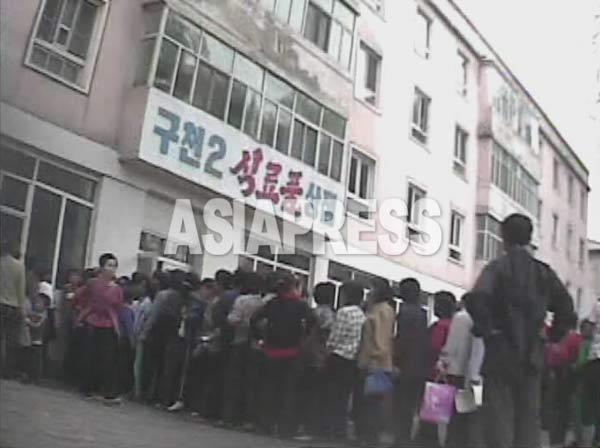 ◆ End of the special rations

Meanwhile, the Party and trading companies under the military that have made profits distributed lavish "holiday rations" out of their own pockets. A reporting partner who investigated the situation said,

"For example, a trading company named 'Unpasan' gave out one kilogram of pork, one kilogram of artificial seasoning, two kilograms of sugar, 4.8 kilograms of cooking oil, and a Chinese duck to the employees. This has brought on the envy of others and people aspire to work for companies like these that provide good benefits to employees."

But why did the state’s 'holiday rations' disappear? It is possible that it was because of the deterioration of the economy caused by the strict economic sanctions of the international community, but this may not be the only reason.

Since last year, the Kim Jong-un regime has been gradually introducing a "nothing for free" policy. In regional cities, public bus and train fares and electricity prices were raised significantly. The state is collecting money from the public sector, where deficits had been overlooked under socialism. In this regard, there has been a voice of opposition among the common people and they are saying, "What kind of socialism is this?" However, it is surely a measure in accordance with economic rationality.

Even if the "holiday rations" are of pathetic quality that have been disregarded by the people, it is costly to provide them to the entire population. The financial burden of the local People's Council, imposed by the central government, is not negligible. Besides, the people are not thankful for these gifts. It is possible that the “special holiday rations” were abandoned after reviewing the cost-effectiveness.