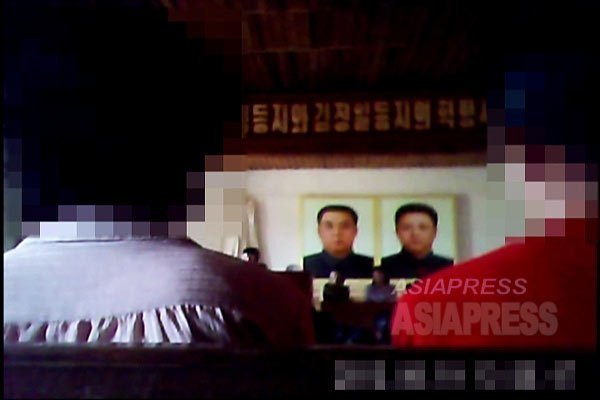 December 17th marked the 7th anniversary of the day Kim Jong-il’s death. When Kim Jong-il suddenly died 7 years ago, Kim Jong-un was thrust into the limelight as North Korea’s new leader at the tender age of 20. With little in the way of personal achievement or qualifications, Kim Jong-un had no choice but to rely on the nation’s belief in his father and grandfather in order to establish his own authority.

A partner living in a large Northern city reported on this year’s events to mark the anniversary. The partner said, “The nation’s media published propaganda with the phrase ‘Comrade Kim Jong-un resembles General Kim Jong-il’. The greatness of Kim Jong-il is being exaggerated even more than it was during his reign. Kim Jong-un, in turn, is being portrayed as the only natural successor to carry on Kim Jong-il’s great legacy. This is designed to confer Kim Jong-il’s authority to the young and inexperienced Kim Jong-un. Politically speaking, the December 17 anniversary of Kim Jong-il’s death had been a very important event.”

Events to mark this year’s anniversary, however, were unusually scaled-down. Speaking on December 18, just a day after the anniversary, our partner reported that, “On the morning of the 17, workers from each local organization and business gathered to lay flowers at a local statue of Kim Jong-il. As in years previous, neighborhood political units gathered ordinary citizens to pay tribute at the statue. But, this year, that was all that happened to mark the anniversary. It was very flat. I don’t know how it was in Pyongyang but it was the first time that celebrations here were so low-key.”

Until 2017, citizens were not even granted permission to travel in the month of December. It was illegal to leave one’s hometown to go to another region in the run-up to the commemoration events and travel permits were not issued. Memorial services for Kim Jong-il would go on for several days and the police would do checks to make sure that no one was absent. Those who were seen drinking alcohol in the run-up to the anniversary or soon after, would receive criticism for their ideological shortcomings.

Kim Jong-il was extremely unpopular in the 1990’s following the devastating effects of mass starvation. The population’s resentful feelings for Kim Jong-il, though, did not end with his death. Among North Koreans, respect for Kim Jong-il has waned each year, as seen through the decreasing popularity of the commemorations. In fact, according to one Pyongyang businessman, "these days, people don’t even utter Kim Jong-il's name." (Kang Ji-won)