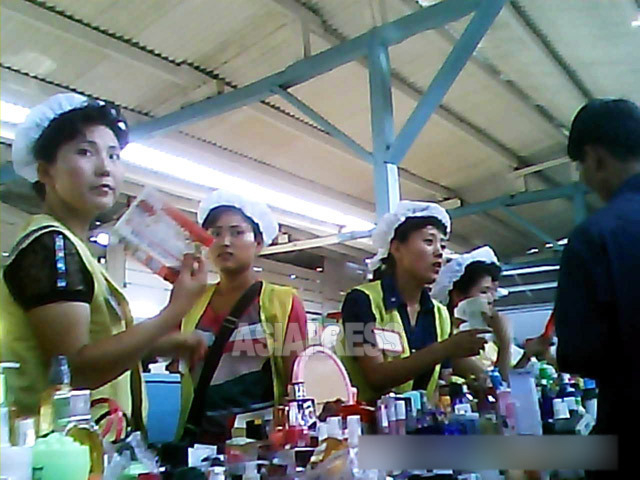 North Korean authorities have begun massive disinfection efforts across various parts of the country as a countermeasure against the coronavirus.

A reporting partner speaking to ASIAPRESS on May 19 explained, “They are using disinfectant sprays at places where people commonly gather, such as markets and conference rooms. The markets have been temporarily closed. This is not only due to the coronavirus but also because the African swine flu (which was so widespread last year) is flaring up again.”

North Korean authorities have urged the public to be cautious and enacted prevention measures since February. Although state media portrayed the regime’s sterilizing efforts to be comprehensive, the reality was that stocks of sterilizer were insufficient and salt water was being used as a cheap substitute.

It wasn’t until late May that the regime began large-scale disinfection efforts. It is most likely that the wide-reaching countermeasures recently became possible due to the large donations of disinfectant supplies from international organizations and the Chinese state.

US-based Radio Free Asia (RFA) reported that markets in Ryanggang Province were closed on May 18. Speaking to ASIAPRESS, a local reporting partner explained, “It is a temporary closure for sterilization, not a total closure.” Authorities are said to be encouraging citizens to use state-run markets and grocery stores during this time. (Kang Ji-won)

Facebook Twitter はてブ Pocket Feedly
RECOMMENDATIONS
Exclusion of North Koreans from the Mount Kumgang Tourism Project
Although I have yet to make a visit, I am told that the sight of Mount...
＜Photo Report＞ Female Soldiers are in Miserable Conditions: Mothers are worried about their daughters getting sexually harassed and becoming malnourished.
2017/Feb/6 In late 2011 a female North Korean defector in China regre...
N.Korean Drug Trade Spreads to Ordinary Citizens (PART1)
2015/Jan/12 Written by PAEK Chang-ryong, a defector reporterThe rapid ...
＜Inside N. Korea＞ Chaos in Markets as Vendors Refuse to Sell Food at Government-Set Prices
It has been more than a month since the market’s food prices soared in...
＜Photo Report＞ Female Soldiers in Miserable Conditions: Seven Years of Military Service Starting at 17 Years Old.
2017/Jan/24 Parents, whose daughters will graduate from high school, ...
＜Inside N.Korea＞ North Begins Propaganda: Talk With South Is Kim Jong-un’s Victory
2018/Mar/15 It is revealed that the North began the propaganda toward ...