The ASIAPRESS North Korea Reporting Team travelled to the Sino - North Korea border zone, along the Amrok-gang (Yalu River), in the middle of May. Photos taken during the trip show things are still tense in the area, with border controls tightened, following the purge of Jang Song-taek. The Team also carried out reporting in this area in April.

Wire fence installed on the North Korean side
The Reporting Team has confirmed significant changes since our April report, including the installation of border guard watch-houses and a wire fence under way in the area, along the North Korean side of the Amrok-gang. In the center of the border city, Hyesan in particular, sections of the fence have already been completed. 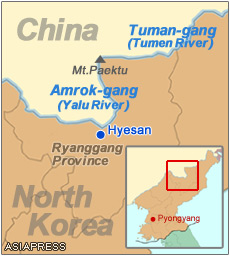 North Korean authorities have tightened border controls and undertaken a number of crackdowns in the area, since last December's execution of Jang Song-taek, former Vice Chairman of the National Defense Commission and the No.2 person within the state political structure. These changes were implemented in an effort to restrict the flow of information in and out of North Korea, and to prevent the defection of Jang's affiliates.

The city of Hyesan, Ryanggang Province, located in the up-stream area of the Amrok-gang, has been subject to the most intensive tightening of security. Adding to the fact that the river is narrow enough to allow relatively easy illegal border crossing, the area has a large ethnic Korean population and has been a central junction of defection and smuggling for nearly 20 years 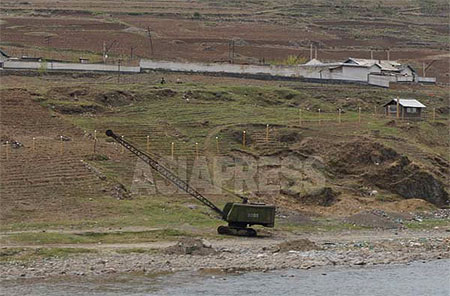 Stakes can be seen for the wire fence under construction. A small house with white roof in the right of the photo is a watch-house of North Korean border guards. (Kang-dong, Hyesan, Ryanggang Province. Photo was taken from the Chinese side of Amrok-gang/Yalu River. May/2014) ASIAPRESS 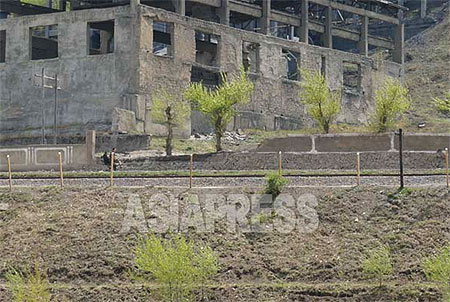 In this photo as well, stakes for the installation of the wire fence along the road have been prepared. The building behind the road is a cement factory. ASIAPRESS 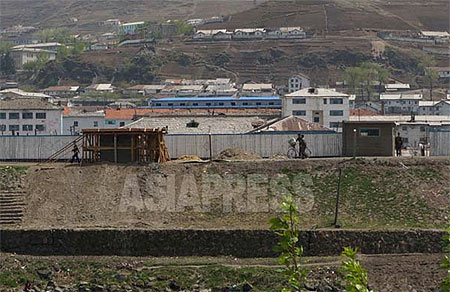 In Hyesan, it looked as if the wire fence was going to be installed along the levee. The building that resembles a white wall is a wooden barrier for monitoring the movement of residents approaching the river. Armed border guards check the identification of local people moving back and forth washing clothes in the river. (Hyegang-dong) ASIAPRESS 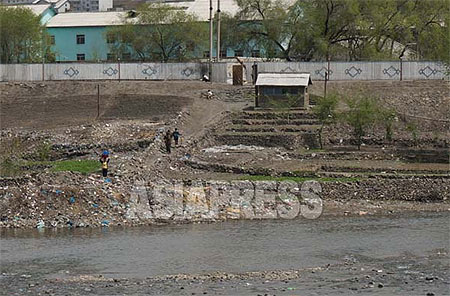 After passing through the checkpoint, residents come down to the riverbank to wash their clothes. (Hyegang-dong) ASIAPRESS 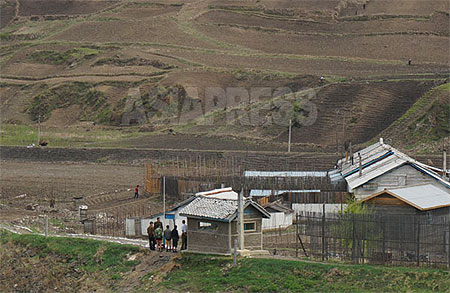 In this photo it is possible to see boys being questioned by the border guards. The cameraman said the boys were accused of heading down to the riverbank to fish without authorization. (Near Pochon County) ASIAPRESS 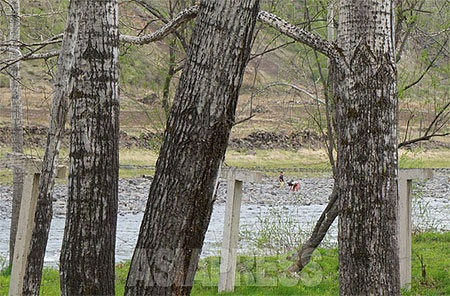 This wire fence along the Amrok-gang (Yalu River) was installed by Chinese border authorities. Two boys can be seen in the river on the North Korean side. (Near Pochon County) ASIAPRESS 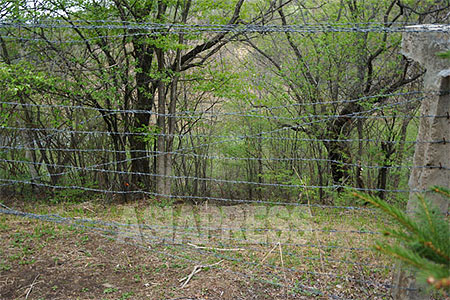 The wire fence on the Chinese side of the border river. ASIAPRESS