In addition to the denouncements, the authorities made a slew of arrests in the wake of the scandal. According to the reporting partner, “the police have arrested 80 people and are interrogating the students nonstop”.

Pornography, however, is by no means a novel product in North Korea. Since the early 2000s, pornography, as well as ordinary South Korean and Chinese dramas, has been smuggled in across the Chinese border. These popular videos would then be digitally copied and spread across the country.

This latest incident has revealed the difficulty the regime faces in controlling the distribution and consumption of imported videos such as dramas and pornography. Despite the heightened punishments for watching smuggled media, North Koreans still have a thirst for outside information and wish to know about life in South Korea.

As the authorities make every effort to root out the source of the illegal pornography and punish those who watch or distribute it, the reporting partner said, “the scope of the case will surely expand.” 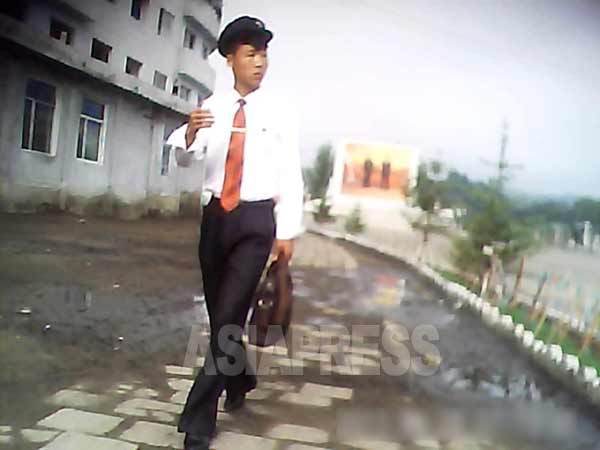 1 2
Facebook Twitter はてブ Pocket Feedly
RECOMMENDATIONS
＜Interview with inside N.Korea＞ Ordinary N.Koreans have, “No Interest” and “No Expectations” about the Worker`s Party Congress -Only Hope Is “Opening up N.Korea”
The 7th congress of the DPRK Worker’s Party finally ended on May 10. H...
＜Inside N. Korea＞ Electricity Situation Deteriorates Further as Equipment Remains Stuck in China… “Even in the city center supply is limited to one or two hours a day”
Sixty to seventy per cent of North Korea's electricity comes from hy...
[Video Report] There is no water! N.Korean People's 'Water War' because of water shortage
◎ASIAPRESS rimjingang YOUTUBE playlistA village in South Hwanghae prov...
＜N.Korea photo report＞A Look at North Korea's Impoverished Rural Women (4) 'People are working just to be robbed' (Photo 5)
◆Excessive quotas hurting farmers North Korea still employs collective...
＜Inside N. Korea＞Domestic Currency Appreciates by 22% as RMB and U.S. Dollar Mysteriously Plunge Again
The actual exchange rate of the RMB and the U.S. dollar recently plum...
[Video Report] People under pressure for requisition of military provision
The North Korean regime has provided the military provision from the o...
Secondhand Bookstalls Still Active in N.Korea
The Daily Life of North Koreans:  2014/March/15 Written by PAEK Chang-...
〈Photo Report- 8 (b) 〉 The Best Department Store in Pyongyang - But the Products on the Shelves are Not for Sale (2)
2013/July/03 Report byGu Gwang-ho(Original Report - Sep, 2011) <&lt...
Inside The Book 〈Table of Contents〉 JPEG SAMPLE IMAGE
Table of Contents Preface: To the Readers of the English Edition of Ri...
Chang Jeong-gil on Pyongyang's Kangdong County
In the spring of 2008, the Rimjin-gang editorial staff asked our Nort...