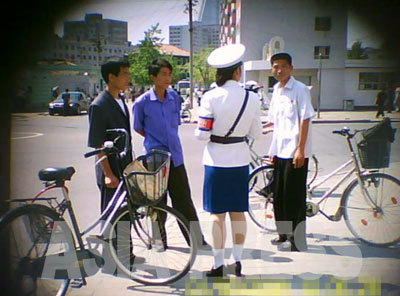 An electric bicycle battery exploded while being charged in a Pyongyang home, killing all 3 occupants. According to a reporting partner living in Hoeryong, North Hamkyung Province, the incident prompted the Workers’ Party of Korea to issue a nationwide warning on July 5.

The state order, according to the reporting partner, described how the Chinese-made battery emitted smoke while being charged inside the house before it exploded, killing all 3 members of the family.

Chinese electric bicycles have recently become very popular among the wealthy elite of Pyongyang and other provincial cities. It is said that the popularity of the bicycles is on the rise because there is no need to go through the bothersome registration process required for motorcycles.

More than 90% of the batteries used for electric bicycles are produced in China, while the rest are domestically recycled or produced by the North Korean company, Taedonggang. The alkali solvents used in the production of North Korean batteries, however, also come from China. According to the reporting partner, the North Korean-made batteries perform poorly and easily rupture.

With many North Korean cities paralyzed by economic difficulties and with public transportation severely underdeveloped, used bicycles, imported from Japan, have become very popular. Recently, however, those who have found success through private market activity have sought to upgrade their transportation, switching their used bicycles for electric bicycles. (Kang Ji-won)