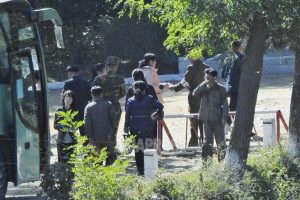 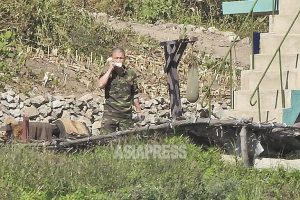 The border guard makes a phone call. It looks like there are sandbags to the sides. The structure in front is a “stake-out” guard post- built partially underground. Sakju County, North Pyongan Province. 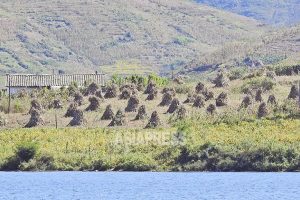 Straw stacked in a wheat field following a harvest. News of bad harvests has been coming from all over the country this year. Near Manpo City, Jagang Province. 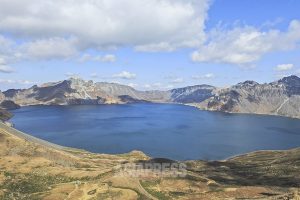 The top of Mt. Baekdu, as seen from the Chinese side. Across, on the right side, is North Korea. 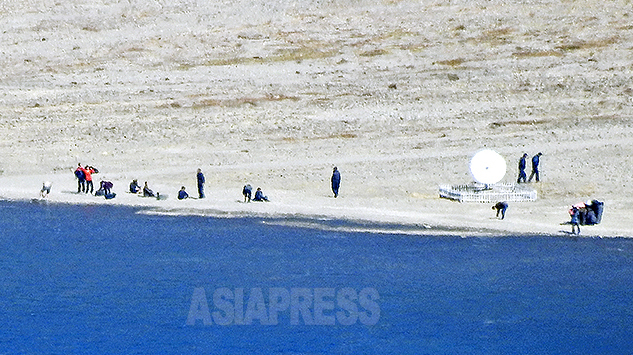 Looking at the North Korean side through a telescopic lens, human figures can be clearly seen. One can even see a large satellite dish.
Heaven Lake at the top of Mount Baekdu.