◆South Korean-style text greetings such as “bye-bye,” “chal-ka,” and “ty” are popular among North Koreans

So, what kind of South Korean-style words are actually being used in North Korea and what kind of enforcement is in place to crack down on it? A reporting partner living in the northern part of the country together with their junior

high school-age child explained as follows:
“The target of the crackdown is the text messages on cell phones. It has been a while since South Korean dramas first came to North Korea, right? Since cell phones have become common recently, young people are using South Korean phrases in their text messages. For example, almost all young people are using ‘saranghaeyeong’ (I love you), ‘chal-ka’ (see you), ‘bye-bye,’ and ‘ty’ (the english abbreviation for thank you) in their texts.” 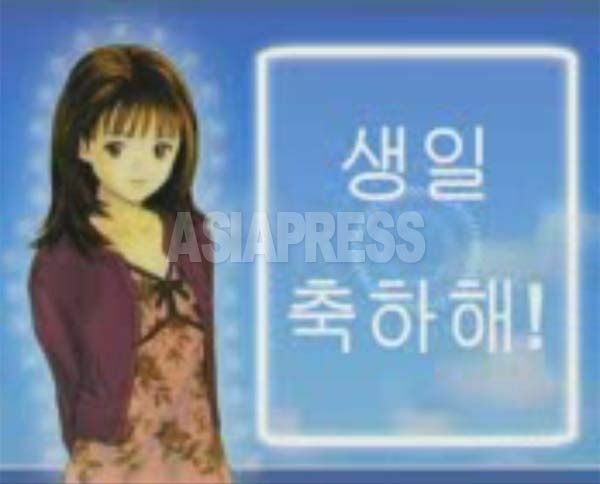 A video message made by a junior high school student in North Korea to celebrate her friend's birthday. The South Korean religious expression "I will pray for you" can be seen in the video. Video obtained in November 2013 by ASIAPRESS.

In North Korea, there are organizations such as the “109 Sangmu,” the “Anti-Socialist Censorship Group,” (Bi-sa Group for short), and “Inspection Teams” that crack down on non-socialist phenomena (referred to simply as “Bi-sa”). They inspect people’s clothes and hairstyles on the streets as well investigate the dissemination, trafficking and viewing of South Korean dramas. When stopping pedestrians, inspectors force them open their cell phones and inspect their text messages, photos, and videos. If someone refuses to divulge the passcode for their phone, the device will be confiscated and unlocked by a specialist at the station.

“If there are any expressions in the text messages that are not used in North Korea, the owner of the device will be suspected of watching South Korean dramas and will be interrogated. Inspectors also check the text messages for any rumors or complaints about difficulties due to the Covid-19 pandemic. However, students and young people are clever, so they are very careful to delete their text messages as soon as possible after sending them.”

In addition, young people are increasingly converting and copying videos that can be played on cell phones and forwarding them on to friends, which is also a cause for authorities' alarm. 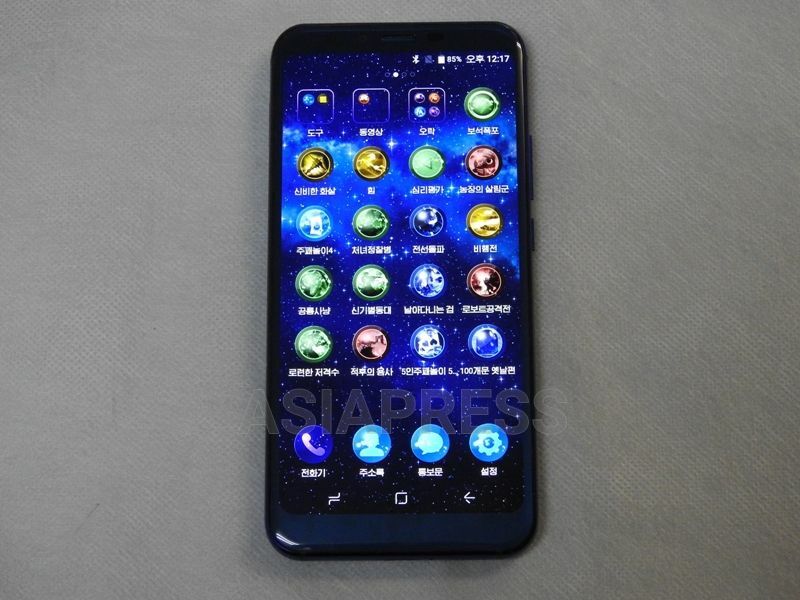 The influence of the ‘Korean Wave’ is not limited to young people. The number of parents giving their children South Korean names has been increasing, with the practice becoming a target of law enforcement this year.

A reporting partner explained, “On Kim Jong-un’s direct orders, the resident registration division of the police department have blocked residents from registering ‘bullshit names’ that are not written in Chinese characters or that do not match the values of socialism, in some cases forcing residents to rename their children.”

Why is Kim Jong-un so wary of the influx and spread of the ‘Korean Wave’? And what punishment will be meted out to the young people who are caught by the crackdown? To explore these questions further, ASIAPRESS has analyzed other recently-obtained internal documents, which outline Kim Jong-un’s policy for inciting hatred among the domestic population towards South Korea. (To be continued)

1 2
Facebook Twitter はてブ Pocket Feedly
RECOMMENDATIONS
＜Inside N. Korea＞ The People’s Pipe Dream: "Trump will be impeached and the sanctions lifted"
Rumors are spreading in North Korea that President Trump will be impea...
＜Inside N. Korea＞ How do the North Korean people see President Moon? A Breaking Interview
How did the North Korean people react to President Moon Jae-in’s first...
＜Photo Report＞ The Abandoned Elderly (PART6) Elderly Women Have to Continue Working: Junk Removal and Recycling, as well as Selling Vegetables.
2017/Jan/23 According to videos filmed by ASIAPRESS reporting partner...
The Dark Ages: Residents Complain as “Power-saving” Zones Expand Across the Countryside
“We don’t have electricity for even a second. Not a blink. It’s like l...
＜Inside N. Korea＞ Trade Block: Coronavirus Causes Collapse of N. Korean Exports to China
According to a report released by the Chinese customs authorities on M...
＜Inside N. Korea＞ A Building Burden: Rising Discontent as Regime Extorts Resources from Residents to Support Tourist Site
◆ “Construct a Special Tourist Zone in the Sacred Birthplace of the Re...
＜Inside N. Korea＞ Agricultural Materials in Short Supply as Farmers Predict Disastrous Harvest
With the sowing and planting season just around the corner, farming co...
[Video Report] N.Korea Regulation Officer at Market
The video was filmed at a market in Pyongyang in August 2007. A regula...
＜Latest Report from N. Korea＞ Regime Aims to Block Coronavirus at Border as Local Hospitals and Populace Remain Woefully Unprepared for Potential Outbreak
The North Korean authorities have announced through state media that t...
＜Inside N.Korea＞ Is Economic Sanction Really Effective? Searching Effect from Retail Price Index
The UN Security Council adopted ‘Resolution 2270 (which sanctions Nort...