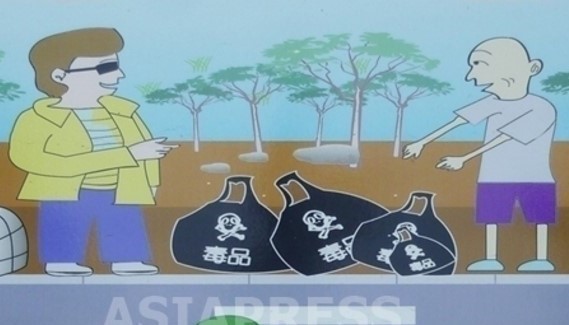 ◆ Are even elementary school students engaging in drugs?

A ‘public denouncement rally’ was held in the northern city of Hyesan, Ryanggang Province, where a total of 20 people were dragged in front of residents to be condemned for selling and using drugs.

According to a reporting living in Hyesan, the rally was held on May 5, with about 200 residents mobilized at 10 a.m. to gather in the plaza in front of Haegang neighborhood’s Hyesan Theater.

The reporting partner described the event, saying, “They dragged out 4 men and 16 women, all accused of drug-related crimes. 10 of them were sentenced to 5-10 years of hard labor, while the other 10 were sentenced to ‘labor training’. One person, charged with dealing and smuggling stimulants, was sentenced to ‘reeducation’.”

※ ‘Labor training’: Short-term forced labor camps where those who are judged to have disturbed social order are sentenced, without trial, to serve up to 1 year.

It is a well-known fact that drugs such as stimulants are prevalent in North Korea. Though the authorities are attempting to crack down on them, there are no signs of drug use diminishing. Recently, in fact, more and more drugs are being sold to the poor and to the young. The ‘public denouncement rallies’, as the reporting partner points out, are set up by the authorities to set a strong example against drugs.

The reporting partner continued, “I think that what is really behind these rallies is the worsening of life under the economic sanctions. Drug dealers are always trying to tempt new buyers in sly ways but, these days, many people are turning to drugs to ease their pain because their lives are becoming more difficult due to the lack of business.”

“There are many places where drugs are trafficked, so they are easy to obtain. Some people, even if they have nothing to eat, will buy stimulants rather than food if they have the money to do so. I know one couple who will go to the mountains and cut wood for a whole day just to make enough money to buy stimulants- not food. Recently, even elementary school students and young child are taking the drugs.”

It is said that, unlike those used in the past, recently-popular stimulants leave users with a massive headache after the effects wear off, leading people to take the drugs nonstop. (Kang Ji-won) 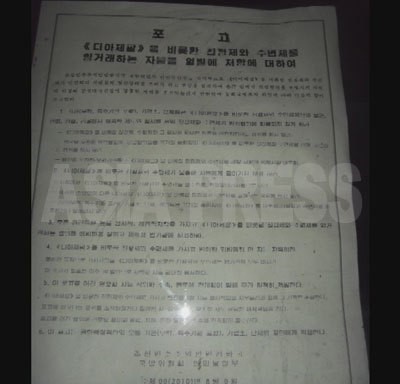 (Photo) An official North Korean decree, detailing the severe punishments for drug use. It is entitled, “Regarding those who shamelessly traffick sedatives and sleeping pills such as Diazepam”