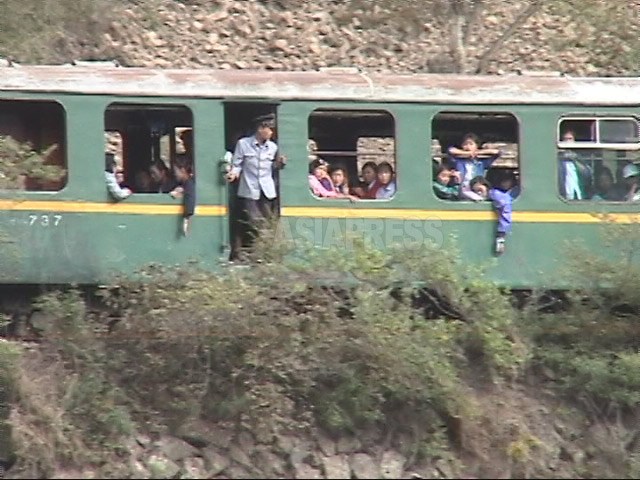 ◆ Transportation and traffic have greatly increased and developed due to marketization.

For many years the train system had been the primary means of transport in North Korea.  City buses, trolley buses, the subway in Pyongyang, had been a form of short form transportation and it was a state-owned enterprise. It took most of the responsibility for transporting the country’s citizens. Long-distance buses openly connecting each city on a daily basis were also prevalent, including trucks carrying passengers in the back.

As market activity became vibrant, people started to go to distant places to bring items for their businesses.  With a demand for more transport, traffic exploded while the vested state-owned transport became outdated and under-developed.  Now, the marketized transportation system has increased its footprint, playing an essential role for the people in North Korea to get around the country.

Related Article: ＜Inside N. Korea＞ Expansion of the market economy as the driving force behind social transformation–based on sources from inside North Korea. (PART1) 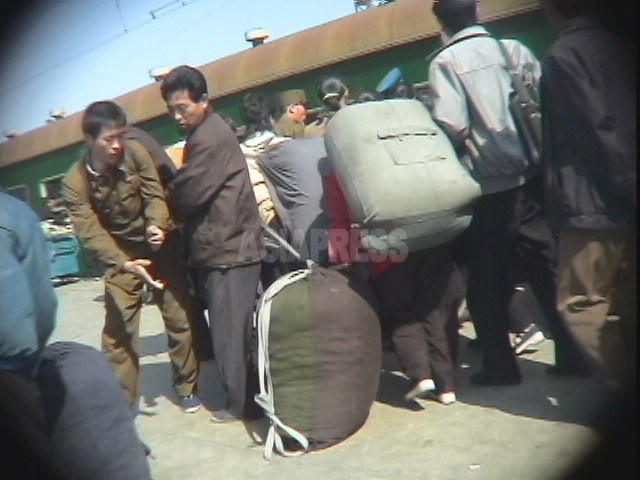 Following the mess of the collapse of the planned economy, the state-owned transportation system went into further disarray.  Train rails, railway sleepers, tunnels, bridges, locomotives, and passenger cars and all kinds of related facilities were never renovated, which caused them to became useless.  In the late 1990s the trains in North Korea were completely disorganized and unusable.  Windows on the trains were stolen or broken by passengers when they got on and off the trains, never to be repaired.  People stole and burned the train seats to use them as fuel for fire in an effort to warm up themselves up during the harsh winters.  The railway sleepers were taken out by passengers for personal use and power cables were stripped and sold for their copper.
Related Article: Market survey shows “Resolution 2270”, the toughest-ever sanctions, didn’t work 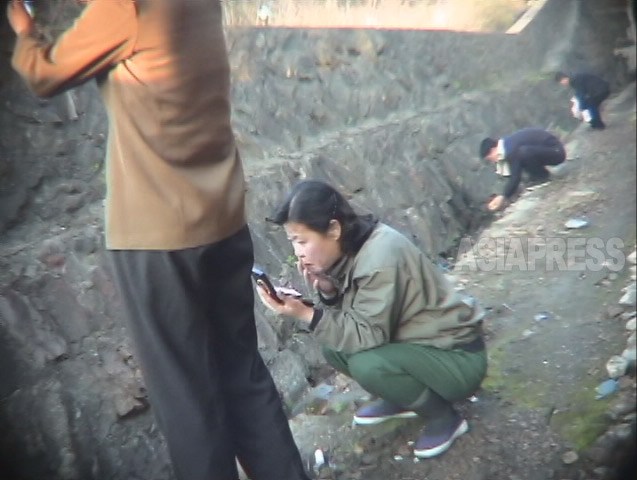 A train stopped due to a power shortage. Passengers get off the train and wash their faces using water from the street gutter. June 2005. Taken by Lee Joon(ASIAPRESS)

The power shortages made the train situation worse.  Most of the trains in North Korea run by electricity, with frequent blackouts it made it impossible for the trains to continue operating.  People started to take it for granted that trains wouldn’t suddenly stop on a track at any given time.  Even now North Koreans sometimes get stuck inside the trains for a few days.  According to an ASIAPRESS reporting partner, Choi Kyoug-ok, in Hyesan City, northern Ryanggang Province, “As of October 2015, it usually takes three to six days between Hyesan City and Pyongyang City via the east coast train route, which is supposed to take only 22 hours.”  [To be continued in part 4]