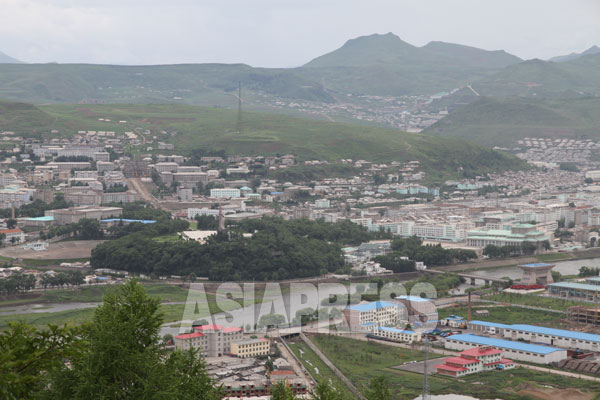 Hyesan City, photographed from the Chinese side of the Yalu River. Photographed by Jinsoo Lee in July 2010.

◆ You cannot leave your home, even to dispose of a corpse

Multiple sources have confirmed reports of starvation in the area.

It was reported that in a central district of Hyesan City, someone died of starvation, but the family was not allowed to take the body out of the apartment due to the lockdown, so a vehicle eventually came from the crematorium for the body to be loaded into.

In another area, a couple were tragically found days after their death in their apartment.

“People are dying of hunger and disease because of the lockdown, not coronavirus,” said a reporting partner, explaining the miserable reality of the blockade.

◆ Chinese side wary of coronavirus coming in from North Korea

According to reporting partners in Hyesan city, local authorities declared that the lockdown would last for 20 days, ending on November 21 or 22.