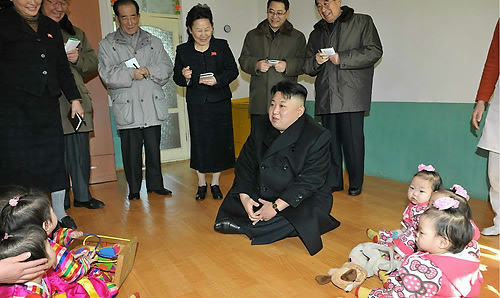 According to our partner living in Pyongyang, "the officials are picking up random children on the streets because of Kim Jong-un's 2011 order to build an orphanage and rid the markets of beggars. He originally gave the order because he was furious about images of vagrant children appearing in South Korean and Japanese media.”

All across the country, Kim Jung-un has built orphanages with names such as 'nurturing academy', 'elementary academy', and 'secondary academy'. This campaign has been covered often in national media, with accompanying headlines heralding 'Kim Jong-un's loving act for children'. However, what is the actual condition of the orphanages?

"As for the Yanggang Province orphanage, it receives insufficient aid from the state and, as the administrators are embezzling funds, the children are always hungry. If they manage to run away, they are caught and interned again. It’s a cycle. Although they are first made to study, when they reach the age of 17, they are sent to the military or to a youth brigade to work on construction.”