“Officials facing punishment for organizing a birthday party, drinking, and neglecting their duties. Officials in the crosshairs of the crackdown are facing expulsion from the Party and dismissal from their positions,” ASIAPRESS reporting partner, ‘A’ said.

But another reporting partner, ‘B’ questioned the excessiveness of this punishment: “People are saying that the officials caught drinking will be dismissed. But it’s excessive to punish ‘drinking’, even during the battle period.”
Related article: <Inside Interview in North Korea: No Interest No Expectation for the Worker`s Party Congress by Ordinary People, Opening Desired But Impossible for Kim Jong-un> 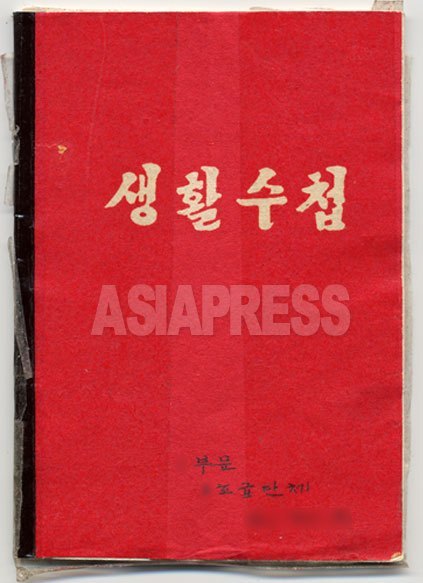 ‘A’ reporting partner explained that the National Security Agency (secret police) and Security Forces (police) were leading the investigation into officials drinking. He explained: “The Chief of the People’s Committee in X city held a birthday party in his home during the 70-day battle. While they were singing and dancing the Inminban (a government neighborhood watch organization in North Korea) reported them and the National Security Agency arrived to investigate.”

1 2 3
Facebook Twitter はてブ Pocket Feedly
RECOMMENDATIONS
＜Inside N. Korea＞ “Coronavirus Comes from the Sea”: Impoverished Fishermen Forced to Sell their Ships to Survive
According to an interview with a fisherman at Shinjin Port in the city...
Kim Jong-un's Reputation Suffers as It Becomes Harder to Make Ends Meet
Putting on a Show to Enhance Authority with the Military Writing the S...
＜Inside N. Korea＞ Bank Card and ATM Appear in Local Cities. Split Responses; “Convenient” and “Still Can’t Trust the Government.”
2017/Jan/6 Following the issuance of bank cards for companies and ind...
＜Inside N. Korea＞ Expansion of the market economy as the driving force behind social transformation--based on sources from inside N.Korea. (PART4) Marketization leads to rapid development of the transport system. by Jiro Ishimaru
2016/Dec/22 3-2 The emergence of a marketized transport system The ma...
Highly Favored, But Hard to Procure, Pork a Rare Treat in N.Korea
2014/May/06 Written by PAEK Chang-ryong, a defector reporter North Kor...
Was the Incineration of a Shot S. Korean Official in Accordance with Kim Jong-un’s Instructions?
The shocking incident took place on September 22nd. A civil servant i...
＜Inside N. Korea＞ Investigating the Cause of the Suspiciously Rapid Appreciation of the N. Korean Won
It was at the end of October that the abnormality was detected. The ex...
＜PHOTO REPORT＞Sino - N.Korea Border ［PART1］Wire Fence Installed Upstream on the Amrok-gang (Yalu River)
2014/April/18 (This report first appeared in the Korean and Japanese e...
＜Inside N. Korea＞ Arson Suspected After Fire Breaks Out the Day Before Regime’s Rubber Stamp Election
◆Fire breaks out amid tight security ahead of Supreme People’s Assembl...
＜Secretly Obtained N. Korean Documents＞ “People Approaching the Border will be Shot on Sight”...Police Notice Reveals Ruthless Coronavirus Measures
The fundamentals of the North Korean regime's countermeasures against ...