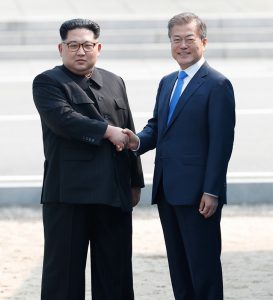 -What do you expect from South Korea?

Nothing has been getting better (under Kim Jong-un’s regime). Business is not good (by the sanction). The number of merchants coming to the market became less as the sales dropped. Making money is much harder than before. North Koreans have had really hard times, right? No partners to rely on. It is said that the loss has been far greater even with China in trading.

In North Korea, anyhow, people think that South Korea is 100 times better than China. At first we hope that the rice would be supplied (from the South). This is the season of early seeding. Soldiers can have decent meals and the price of rice would drop in the market. It will be great if trade between the North and the South could be possible as the South is the same people and is a developed country. If the unification could be possible too, (our life) would be beyond imagination.

Most of the people we have talked in North Korea expressed joy and expectation saying “Things will be better after the summit meeting.” Some people say “I hope open door and reformation like China It would be really wonderful to live freely like South Korea

The tears of the North Korean people on the news of the summit meeting. Aren’t they yearning for real change?

This is the article printed in Mainichi Shimbun of Osaka edition on May 15, 2018, which is amended and added for ASIAPRESS.

The interview with this woman was broadcasted at KBS of South Korea on May 15, 2018.