Who will be chosen by the government and sent to the collective farms that were most horribly affected by the flooding? A reporting partner in Musan found that, “People are chosen from Kilchu County and Kimchaek City in North Hamgyeong Province where the flood happened, and also Hyesan City in Ryanggang Province and so on. The police have begun to select orphaned children, so-called 'Kotchebi', people living in extreme poverty, and undocumented residents to be sent to the farms in each of the affected areas. Houses for those selected are built in accordance with their transfer to the collective farms that lost a number of farmers in the flood.” 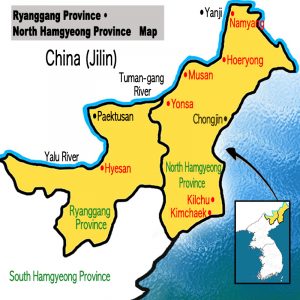 Another reporter living in Hyesan City has reported that, “Poor people in the city including the 'Kotchebi' are becoming the targets of the police and they will be sent to the collective farms affected by the flood.”